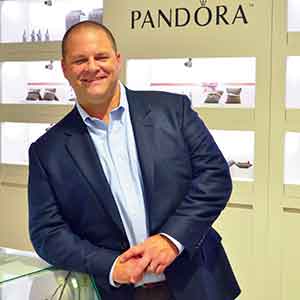 Scott Burger (pictured), president of Pandora Americas, will step down in February to “dedicate himself to new endeavors,” the company announced today.

A veteran of the food business, Burger has worked for Pandora for 10 years, becoming president of the Americas division in 2012. The United States market, which Burger oversaw, remains the charm company’s largest.

A search for Burger’s replacement is ongoing. Until then, Pandora global CEO Anders Colding Friis will act as interim president.

The company also announced that chief financial officer Peter Vekslund will resign after four years. He will be replaced by Anders Boyer, 47, a member of the company’s board. Boyer is expected to take on the new role by August of this year.

“Together with my family, I have decided that it is time to start a new chapter in my professional life,” Vekslund said in a statement.

In a separate statement released today, Pandora said that its 2017 revenue rose 12 percent, but it singled out the U.S. retail climate as difficult.