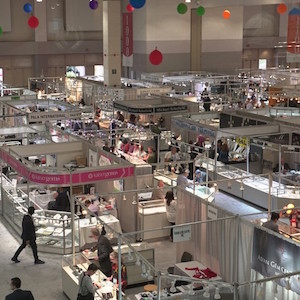 The American Gem Trade Association (AGTA) has canceled its 2021 AGTA GemFair Tucson—making the show the latest trade victim of the COVID-19 pandemic.

The event, considered the industry’s preeminent colored stone exhibition, was scheduled to take place Feb. 2–7, 2021, in Tucson, Ariz. It would have been AGTA’s 39th GemFair. This is the first time since its inception that the show has been canceled.

AGTA CEO Doug Hucker says the group is exploring putting on some kind of virtual event, and is looking at different options right now.

The cancellation was a clear disappointment for Hucker, who had been hopeful the group could stage a COVID-safe version of its standard event. “For 39 years, we’ve done this show,” he says. “It hasn’t sunk in.”

But the health department of Pima County, Ariz.—which encompasses Tucson—declined AGTA’s application, and the group eventually decided it would be tough to work out logistics.

“It was a hard decision,” Hucker says. “No one wanted to cancel the show. Tucson didn’t want to do it, we didn’t want to do it. It’s very difficult for our members. A lot of them rely on Tucson for a lot of their business. The board struggled with it for a long time. But it was a unanimous decision. We are in the middle of a health crisis that is pummeling everyone.”

“With what’s taking place in Tucson now, the requirements they need to place on the show, it was untenable,” he adds. “It’s just ugly right now.”

The cancellation of AGTA’s GemFair comes after the Gem & Jewelry Exchange Show, the Tucson Gem and Mineral Show, and JCK Tucson—all scheduled for roughly the same time in February—called off planned 2021 events.

Several other prominent industry events scheduled for next year have also been canceled. Those that generally take place in January—including the 24 Karat Club of the City of New York’s annual banquet, Jewelers of America’s Gem Awards, and the Jewelers Vigilance Committee’s and Jewelers’ Security Alliance’s annual luncheons—have all been canceled or rescheduled or are being held virtually.