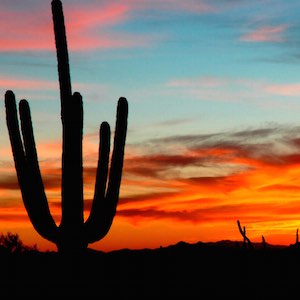 Arizona state guidelines bar organizations from holding meetings with more that 50 people, unless they file an application that shows they can meet certain safety precautions. AGTA has filed that application, but logistics still have to be worked out.

“Pima County [which encompasses Tucson] has some questions of us, and we’ve had some questions of them,” says Hucker. “It’s been a long, drawn-out process. We can’t control what’s happening with COVID-19. But once when we get some answers, we’ll make a decision.”

GemFair, considered the flagship Tucson show, is currently scheduled for Feb. 2–7, 2021, at the Tucson Convention Center.

The final decision on whether the show will be held could come as early as next week, Hucker says.

He adds that he’s in touch with the heads of the other Tucson gem shows, including those that have decided to call their events off. “It’s a disappointment that any show can’t take place,” he says.

And while he respects their decision, he still hopes AGTA’s show will go on.

Among the shows that have been canceled:

“TGMS does not want to be responsible for a single COVID-19 fatality or serious illness,” the organization said. “Our show is run by volunteers and many of us are in high-risk demographics…as are many of our participants and attendees.”

– The Gem & Jewelry Exchange, or GJX, announced in a Facebook post on Wednesday that its 2021 edition, originally scheduled for Feb. 2–6, 2021, would not be held.

“With the stringent occupancy limits required, and considering the safety and well-being of our buyers, exhibitors, and staff, we do not feel we can safely hold the show,” wrote the GJX organizers in the post.

“We fully support the Tucson Gem Week community and a return to in-person buying that it facilitates,” said Sarin Bachmann, group vice president for JCK and Luxury for Reed Exhibitions.