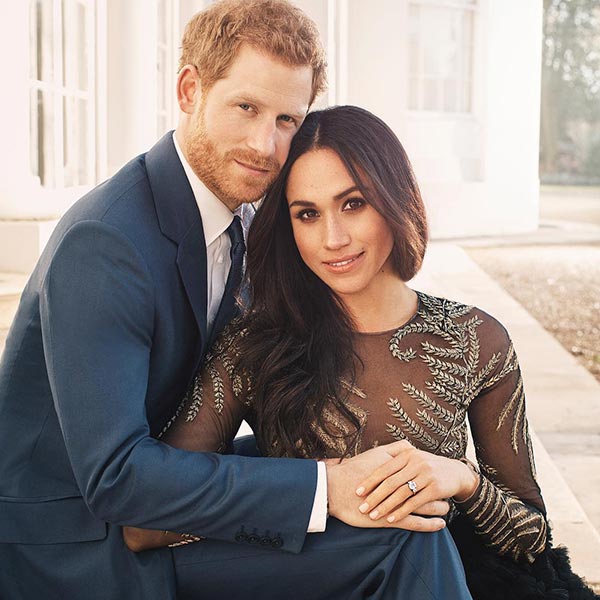 When Prince William and Kate Middleton got married in 2011, I was the executive editor at Brides.com. The royal wedding was a VERY. BIG. DEAL. when it came to creating content before, during, and after the much-anticipated event.

Seven years later, and the royal wedding 2.0 has the former bridal editor in me equally captivated, but I have to say, Prince Harry and Meghan Markle’s nuptials are far more interesting to me. Why? The jewelry! Both seem to be big fans of bijoux—the two have even been photographed wearing matching bracelets, the media’s first clue that this photogenic pair might be headed to the altar.

Once upon a time, ahead of William and Catherine, I wrote a piece suggesting possible wedding bands for his royal highness, but it was pure folly, really, because the prince didn’t intend to wear a wedding band (nor does he currently).

Prince Harry, on the other hand, is going to wear a wedding band, and given his tendency to push the fashion envelope (as much as a royal can), I think his choice may be slightly left of conventional. For example, he favors mid-blue suits over classic navy styles, and has been frequently photographed rocking all manner of beaded/metal/rubber bracelet stacks (and leather-strung pendants). He also has a rakish scruffiness about him that would make a generic band feel less than genuine.

Did he ask for my advice? Of course not. Has he already tackled this to-do? Eh, probably. But just in case his majesty needs a few ideas… 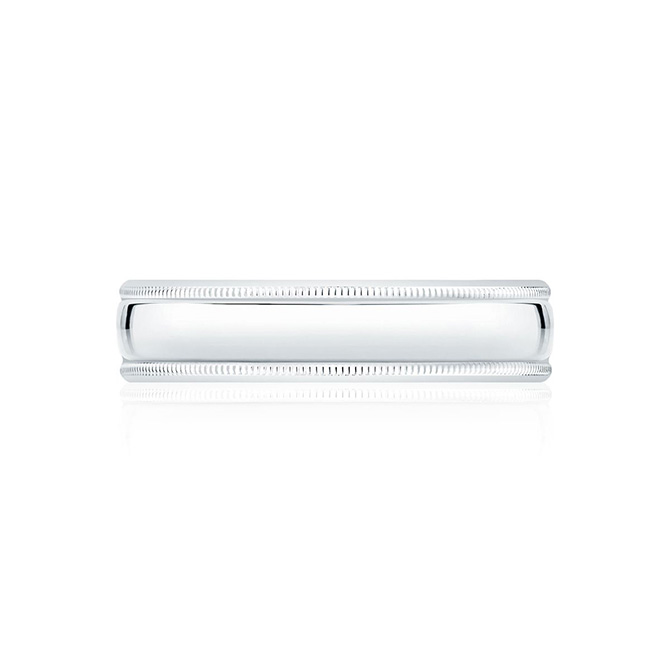 Meghan Markle’s loyalty to Canadian jewelry retailer Birks is well-documented. With this in mind, Harry could choose a classic style from their wedding-band assortment and call it a day. 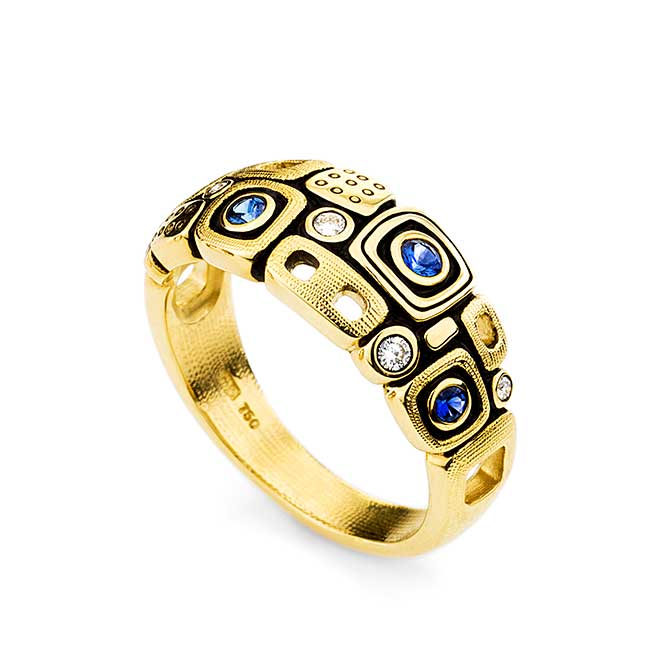 Our charming prince is a fan of the color blue. Also, his birthstone is sapphire. So perhaps he’d consider this sapphire and diamond band by a best-in-class artisan jeweler? 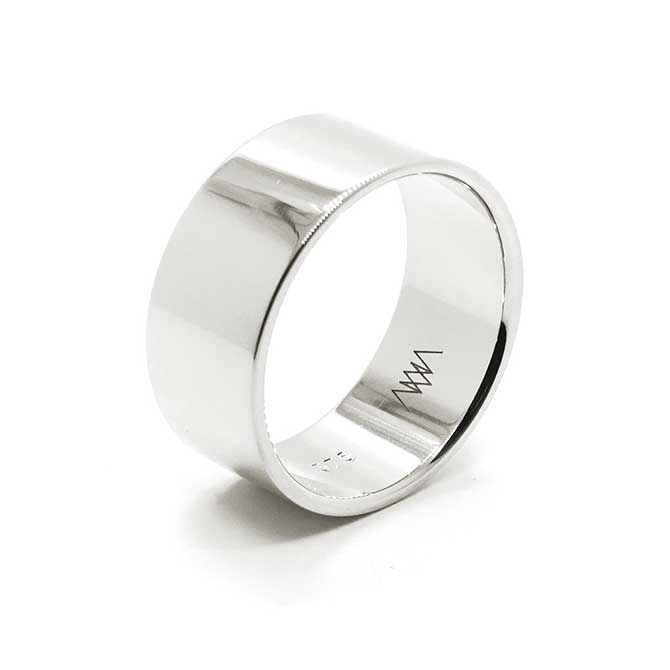 Another Markle favorite is Sydney-based designer Natalie Marie, whose men’s wedding bands are as clean and modern as her chic line of women’s jewelry. But a slim men’s band doesn’t feel very princely to me. What does: a robust, 8mm statement in platinum. 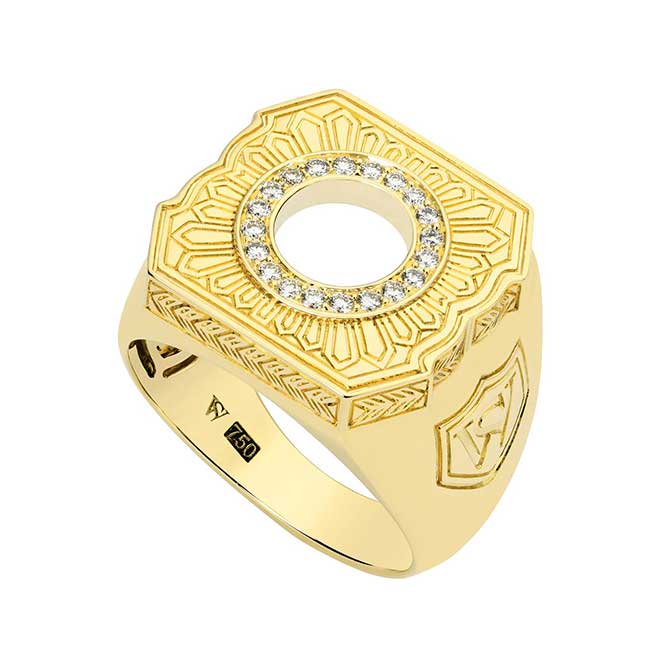 The royals love working with U.K.-based designers. It would make sense for Prince Harry to commission a bespoke wedding band from Garrard (the venerable jeweler was the maker of Princess Diana’s sapphire engagement ring that now belongs to Duchess Kate), where Stephen Webster serves as chairman. But somehow a custom version of the below ring from Webster’s own line seems like a better fit. Something tells me these two would get on famously.

England Made Me ring with diamonds in 18k gold, $7,500; Stephen Webster 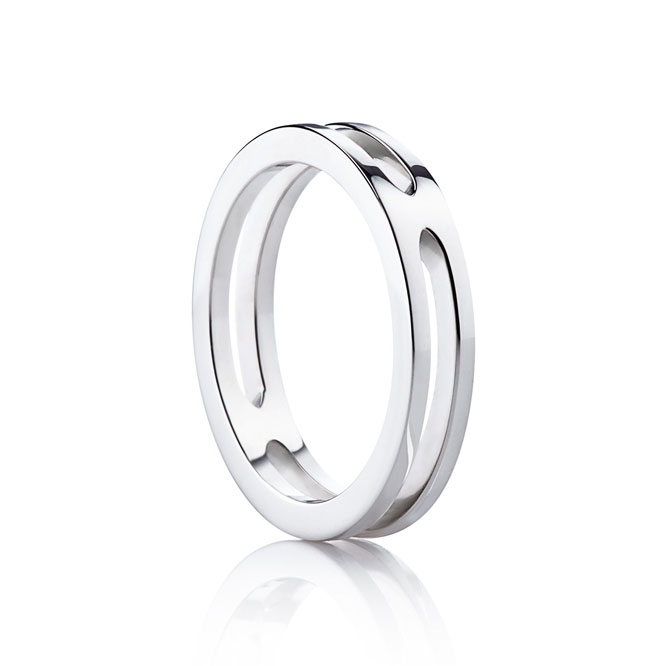 London-based designer Hannah Martin is known for her tough-luxe, rule-breaking, gender-bending aesthetic—a rebel jeweler for a royal who knows a thing or two about defiance. 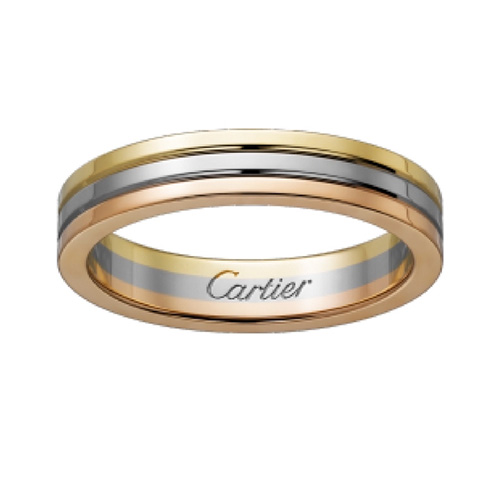 Prince Harry’s bride also has a thing for Cartier, and this masculinized version of the iconic Trinity ring delivers the perfect amount of style and flair. Plus, the French maison has a long history of providing exceptional jewels and tiaras to the royal family. 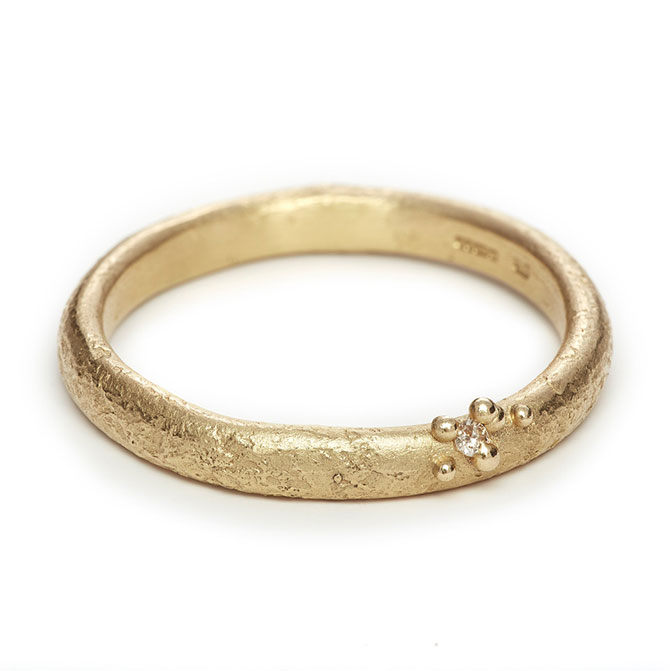 Another London designer he might consider is Ruth Tomlinson, an artisan whose work embraces the perfectly imperfect. With its hand-hewn look and feel, the ring above is understated, yet richly textured with a touch of the unexpected: a little diamond nestled in a spray of golden granules, a fitting metaphor for the boyish sparkle in our prince’s eye. 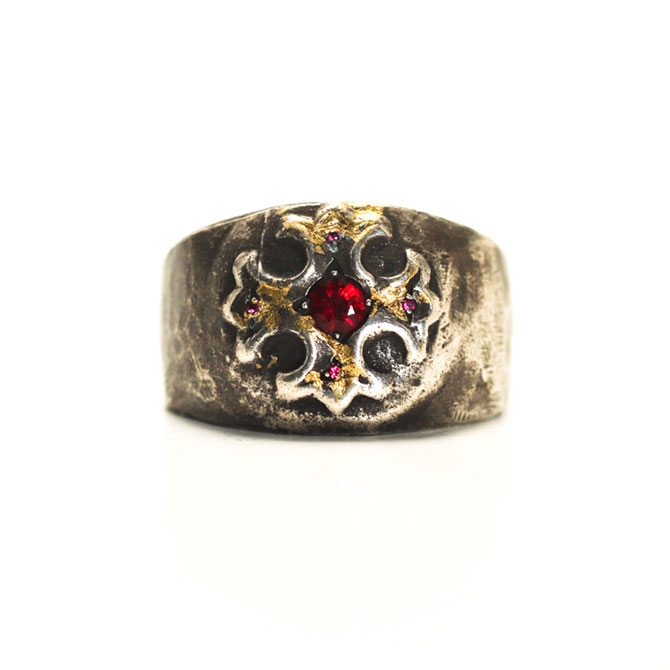 I remember reading that Welshman Richard Burton once told Elizabeth Taylor he was going to find her the most beautiful ruby in the world, adding “It’s my favorite stone—red for Wales.” And since technically Prince Harry is Prince Henry of Wales, a men’s ring set with a ruby seemed apropos. This signet style feels very regal, very cool Brittania. Totally en pointe. 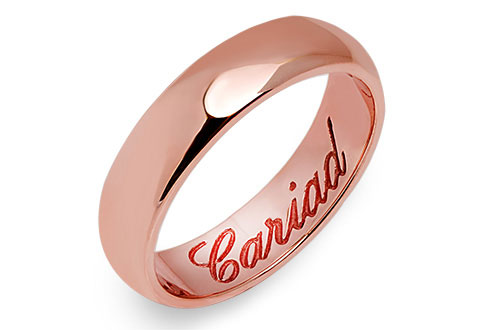 Fine, at the end of the day the royal couple will almost certainly get rings made from Clogau St. David’s gold from Bontddu, North Wales, a tradition started in 1923 by the Queen Mother. Queen Elizabeth, Princess Margaret, Princess Anne, Princess Diana, and Duchess Kate all had wedding rings made of Clogau gold.

It’s possible for Prince Harry to play along, but put his own spin on it. How? By opting for a band in rose gold. And as the world’s handsomest ginger, the trendy color would suit him perfectly, no?

5mm Windsor wedding ring in 9k rose gold and “Cariad” engraving (Cariad is the Welsh word for beloved, sweetheart, or darling), about $839; Clogau