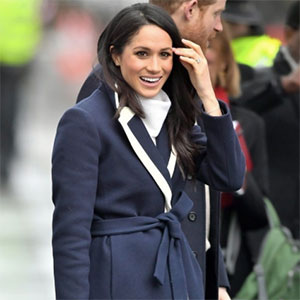 The British press doesn’t miss a sparkle when it comes to the jewelry, clothes, and accessories royal-to-be Meghan Markle dons for public outings.

Several local media outlets reported that the former actress wore two new bracelets on a visit to Birmingham Thursday—one of which, a white metal bracelet featuring a prominent cross, is widely assumed to be a gift celebrating her recent baptism into the Church of England (see a closer photo of the bracelet on People).

The Daily Mail reports that Markle, who grew up Episcopalian in suburban California, was baptized by the Archbishop of Canterbury at the Chapel Royal on Tuesday evening in an intimate 45-minute service.

Markle was confirmed into the church directly after her baptism, which means she will be able to join Harry in receiving Holy Communion. Prince Harry and Prince Charles were reportedly with her. Kate Middleton was also confirmed into the Church of England in a private service weeks before her 2011 marriage to Prince William.

But back to the jewelry.

It’s customary for royals to receive a small gift after being baptized. Which means Markle’s cross bracelet—the provenance of which is unknown, though it may be bespoke—has shown up right on time.

She wore the bracelet layered with a second new one: a delicate 18k white gold diamond bar chain look from her jeweler of choice, Birks. The $925 bracelet is already sold out online. 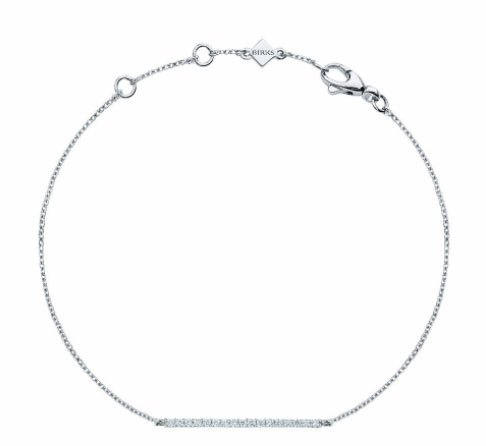 Markle’s been very loyal to the Canadian jeweler, whom she developed a relationship with while filming Suits in Toronto.

She wore Birks’ 18k opal studs for her engagement photos, a pair of diamond jacket earrings to a lunch with the Queen, and a Rosée du Matin flex wrap ring by the jeweler while attending the Invictus Games in Toronto last September.