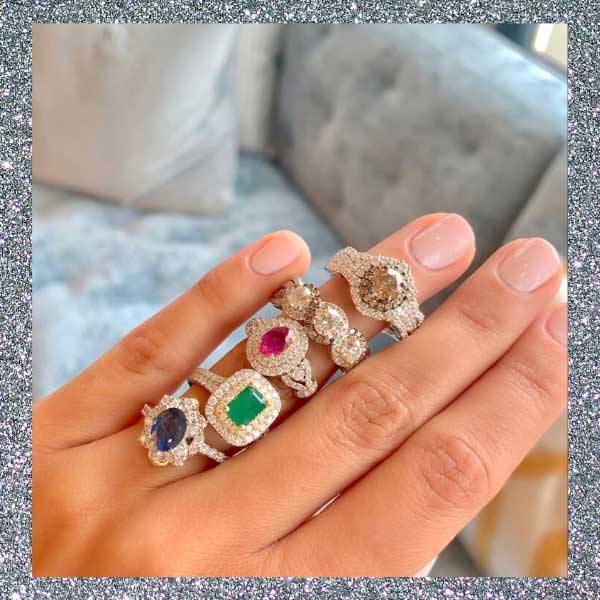 The Le Vian brand has been such a fixture of the modern jewelry industry that this may surprise you: It’s never done a formal collection of its jewelry in platinum. Until now.

With a rich family heritage rooted in the fine jewelry traditions of 15th-century Persia, the company (and its many fans) has focused mainly on its Chocolate Diamond empire since 2000.

But now, as the advent of a new decade is just days away, it’s decided to turn up the luxe, starting with five gemstone rings—all set in platinum. For first time in its history.

“Platinum is a magnificent precious metal for our craftspeople to work with,” says chief executive officer Eddie LeVian. (We interviewed him here, as part of our 150th anniversary series. Fun fact: the Chocolate Diamonds thing was inspired in part by JCK veteran Billy Furman.) “We have worked with the alloys to create our very own unique formula of platinum at an astounding 95% purity, the highest possible, meaning it’s twice as durable as white gold and never changes color.

“Platinum’s soft, silvery-white color has a dense yet radiant sheen. Its resistance to wear and tarnish make platinum ideal for use in our jewelry, and we are thrilled to announce the launch of our platinum range this holiday season.”

The “White Christmas” has landed at Jared first and will soon expand to other select retailers nationwide.

Talk about merry and bright!

Top: “On the fifth day of Christmas my true love gave to me: Five gol-den—”  Forget that, says Le Vian, who has released a collection of five platinum rings, just in time for the holidays. Believe it or not, it’s the first time the jewelry mega brand is working with the luxe white metal.