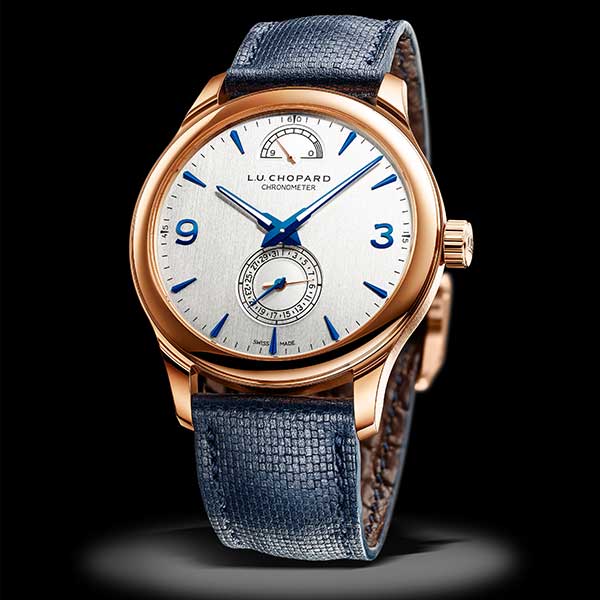 The 2018 edition of Baselworld, the world watch and jewelry fair, opens at the Basel Convention Center (aka Messe) in Switzerland on March 22. Expect the show, which celebrates its 101st anniversary this year, to feel different, and the historic city to look considerably emptier than past years, when 100,000 people descended on its quaint plazas during show week.

That’s because Baselworld has shrunk. A lot. According to published reports, the show has lost nearly half its exhibitors (from 1,300 in 2017, down to around 650 this year) and has reduced its exhibition space by about one-third. Accordingly, organizers have cut the number of days from eight to six. (The floor plan shows that Halls 1.2 and 2.2 have been entirely eliminated—and this despite the half-billion dollars spent on the Messe’s renovation by Swiss architecture firm Herzog & de Meuron in 2013. Ouch.)

Alexander Linz, head of content at WatchAdvisor, a website that covers the Swiss watch trade, tells me the show’s troubles stem from the exorbitant costs it charged exhibitors (upwards of $5 million, according to published reports) and the arrogance show organizers maintained in the face of their clients’ frustrations.

“Baselworld was the world jewelry and watch exhibition in the past,” Linz says. “But today it’s getting weaker and weaker, and it doesn’t make a good sign to the world, to people interested in the industry seeing the whole thing is shrinking, because of self-made trouble due to arrogance and misbehavior.”

Dior, Fabergé, Hermès, Mondaine, and Ulysse Nardin are just a handful of the brands that are not returning to Basel this year.

These are big names. Their absence suggests a few things.

The watch trade fair business is in flux.

Many people—and especially buyers who attend the rival show, Salon International de la Haute Horlogerie (SIHH), held in Geneva every January—are asking whether a niche business like Swiss watches needs to hold two international trade fairs just a couple of months apart? This is an especially poignant question for the hordes of Swiss brands opting to go direct in recent years by opening their own boutiques and creating their own e-commerce channels.

When I sat down with Georges Kern, the new CEO of Breitling, in New York City last month, he told me the international road show he embarked on earlier this year to promote the brand’s new Navitimer 8 collection of pilot’s watches—the multi-week affair began in January in Shanghai and concluded earlier this month in Dubai, with seven stops in between—offered him a much better opportunity to meet with clients and press than a trade show, which suggests to me that in 2019, Breitling may join the ranks of the brands that have abandoned Basel.

That said, the watch industry’s two single biggest players—Rolex and Patek Philippe—are still committed to Baselworld, as is Chopard, the Swatch Group (whose key brands include Breguet, Blancpain, and Omega), and LVMH (Bulgari, Hublot, TAG Heuer, and Zenith). As long as these firms remain with the show, retailers and press will have no choice but to carry on with them.

The independents are moving in.

Half of Hall 1.1 is now an area called Les Ateliers. Home to some 50 boutique brands—including such respected makers as Arnold & Son, MB&F, and Voutilainen—the area may be the show’s best way to maintain its relevancy in the watch business. Because where else can you discover the Swiss industry’s most up-and-coming talents?

(Okay, okay—a rival gathering of independent watchmakers is setting up on the third floor of the Hyperion Hotel, the old Ramada Plaza, located steps away from Hall 1, but it holds only six brands. Known as the Time Lounge, the space groups together: De Bethune, H. Moser & Cie., Hautlence, Hysek Design, L&JR, and RJ-Romain Jerome.)

More than once, people familiar with the watch business have told me that for multi-brand watch retailers, the independent scene has grown impossible to overlook. Faced with more competition from the luxury-group brands who are increasingly going direct—by closing their wholesale accounts and opening monobrand boutiques or even more ambitious retail projects, such as Audemars Piguet’s new lounge concept—watch retailers are facing a harsh new reality.

“Personally, I would not like to be in the position of being a retailer today unless you are so strong like Bucherer, who bought Tourneau,” Linz says, referring to Swiss-owned Bucherer’s recent acquisition of Tourneau.

Yes, the watch business is more fraught than ever for traditional multi-brand stores. But all is not lost—especially not for those who are Rolex or Patek Philippe dealers, given the two brands’ long-standing commitment to their wholesalers. And for those who aren’t, well, I’d advise them to take a walk around Les Ateliers, where I’m sure they’ll find plenty of watchmakers with top-notch products eager to do business.

Look for the accessible, “everyday” watch trend to continue.

At SIHH in January, we saw a number of prestige brands—such as Jaeger-LeCoultre and Vacheron Constantin—target younger buyers with more accessibly priced models. I don’t expect that phenomenon to go away.

Although much ado has been made about the high-end watch industry’s inevitable irrelevance in the digital era, we have not seen that irrelevance play out in the marketplace. Quite the contrary. Rebounding exports and the generally more upbeat mood we saw in Geneva suggest the Swiss are going to be all right. But—but!—only if they continue to cater to up-and-coming buyers with wearable, value-driven models that play to global tastes while simultaneously honoring the authentic history that underpins their brands. (Kern’s ongoing transformation of Breitling is fueled by such a strategy.)

I’m looking forward to seeing what the Swiss have up their sleeves this week in Basel—and to witnessing the next chapter of Baselworld’s history unfold. Smaller may not be better for the show’s bottom line, but I, for one, am thrilled to be navigating a more intimate affair. Plus, less people means more spargel for everyone!

(At top: The new L.U.C Quattro in 18k rose gold on blue calfskin leather strap, set to debut this week in Baselworld; price on request; chopard.com/us)