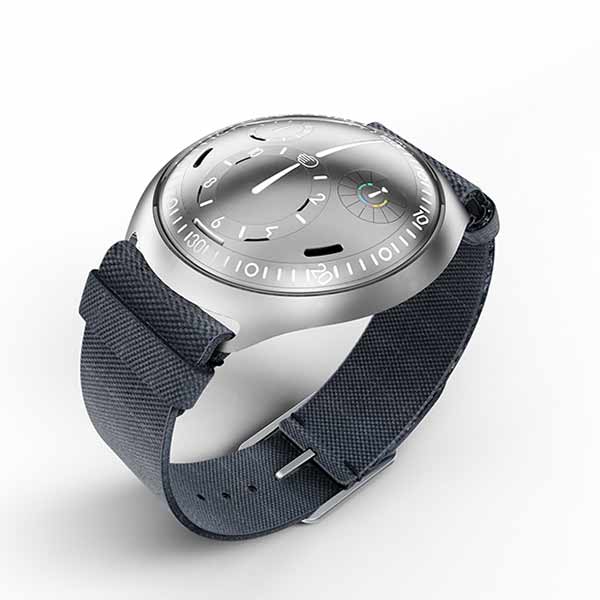 I’m back from the 28th annual Salon International de la Haute Horlogerie and full of big and small insights into the watch business (and yes, cheese). Ranked from least to most important (IMHO), here are the things I gleaned after three days pounding the plush carpets of last week’s luxury watch fair.

5. With all due respect to Pantone’s Ultra Violet, the color of the year is electric blue.

Timepieces bearing blue dials, straps, and accent elements are nothing new, but for the most part, we’ve seen watchmakers choose sober iterations of the hue, mostly in the navy family. Last week, on the other hand, I saw a number of timepieces featuring a lighter, more electric shade of blue closer to cerulean than cobalt.

Audemars Piguet and Jaeger-LeCoultre both debuted timepieces in this new, peppier shade, as did Richard Mille, whose RM 53-01 Tourbillon Pablo Mac Donough, honoring the Argentinian polo player, comes in a color that looks more like turquoise on acid. I took this tonal shift as a metaphor for the mood in Switzerland, which felt much more upbeat this year, now that exports have begun to inch back into positive territory. Hurray! 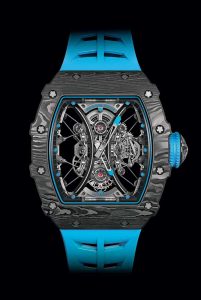 “When you see Pirelli changing four tires in three seconds, why do you need three weeks to change a strap? It’s ridiculous,” said Jean-Marc Pontroué, chief executive of Roger Dubuis, which has incorporated the famous tire maker’s rubber on a number of high-end timepieces. He used the analogy by way of explaining the brand’s new quick-release straps, which can easily be removed and swapped out for new ones.

While hardly earth-shattering, the introduction of features that encourage versatility reflects the understanding that for many buyers, fashion trumps function. The wide array of colorful straps now available at brands—even those that pride themselves on their mechanical watchmaking, like Roger Dubuis—tells me that the industry has taken a page from other accessory makers and is perhaps taking itself a little less seriously.

3. For retailers, independent watchmakers are a good hedge against the big brands.

With 17 exhibitors, this year’s showing of independent watchmakers at SIHH, in an area known as Carré des Horlogers, was bigger than ever. The smaller makers who participated—including such daring brands as MB&F, Ressence, and H. Moser & Cie.—offer watch retailers something they can’t always count on with the big brands: loyalty.

As the majors continue to focus their efforts on their own boutiques, as well as their own e-commerce channels, independents without the will or ability to open their own stores are lining up to woo retailers with exclusive timepieces backed by authentic storytelling.

At the show, I met one American retailer who told me he had opened up several new accounts at the show with indie makers, partly because some of the bigger brands had cut him out of their distribution networks. If I were a retailer, I’d be doing the same thing. Very few independent brands are sold online and even though the debut of e-commerce sites like Skolorr.com suggests that’s bound to change, they are never going to be big enough to neglect or dismiss the brick-and-mortar stores that supported them. 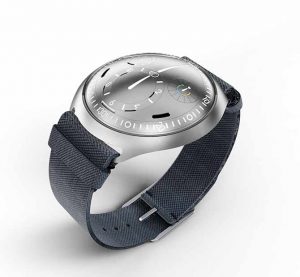 A dozen years ago, Vacheron Constantin’s former chief executive, Juan Carlos Torres, initiated a 10-year plan to have 100 percent of the company’s mechanical watch production certified by the Hallmark of Geneva, a prestigious seal bestowed on mechanical timepieces that go through a rigorous certification process to meet standards for aesthetic detail and timekeeping precision.

This year, that plan appears to have been a little scaled back in favor of introducing more accessibly priced watches aimed at the “next generation of connoisseurs”; the brand’s new FiftySix collection, for example, includes an hour/date self-winding model that does not bear the Geneva Seal. (The rest of the collection, however, does come with the hallmark.) 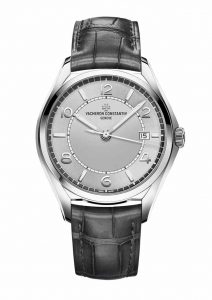 A similar story has played out at Cartier, whose 2017 revival of its iconic Panthère line refocused the watchmaker’s efforts on a wider audience than it had previously targeted. With an opening price point of $4,000 in steel, the collection represented an about-face from years past, when Cartier had strayed into high-end territory with the introduction of several exclusive and highly complicated men’s pieces.

Some in Switzerland may interpret this shift as a sign of the end of times, but I think it makes sense. Without cultivating young collectors, these brands are dead in the water—and no amount of longevity (Vacheron turns 263-years-old this year) will protect them from irrelevance.

1. The secondhand watch business is about to go next-level.

For the longest time, watchmakers avoided dealing with the secondary market. The used category (or “preowned,” in today’s parlance) was too big, too complicated, and too much of a distraction from their primary mission, which was focused on selling new watches.

That, however, is on the verge of changing. Audemars Piguet CEO François-Henry Bennahmias did not mince words last week when I asked him about whether the brand had any plans to formalize its approach to preowned sales.

The CEOs of independent brands MB&F and H. Moser & Cie. also told me they’re planning to sell their own secondhand watches online as of this summer—though the former’s Max Büsser emphasized that he would only offer preowned timepieces that were no longer available at retail, so as not to upset his retailers.

For now, it’s unclear how other brands will enter the business. Will they go it alone, as Audemars seems to be saying, or will they recruit their existing retail partners into the category, certifying them as preowned dealers, following the model set by automotive brands? I suspect they’ll try it all. And the brand that nails it—by which I mean the brand that executes its vision without losing money—will be crowned the industry’s new king.