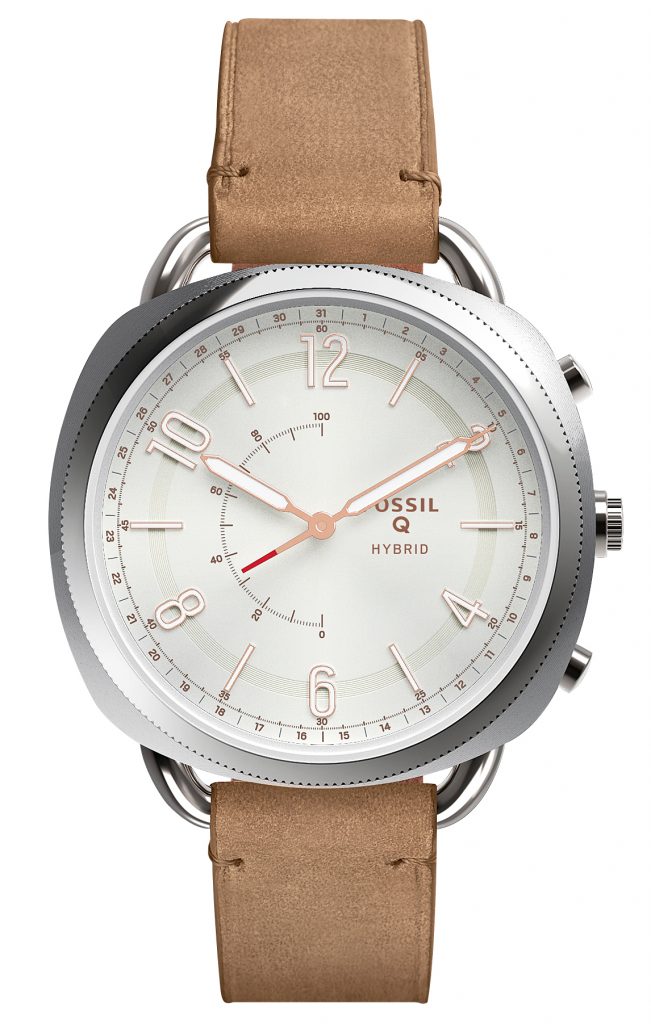 The Fossil Group creates wearables for a portfolio of high-profile brands—Tory Burch, Skagen, Michael Kors, and Armani, for example. But its own wearables workshop has been investing in so-called hybrid watches: analog watches with smart insides. Fossil’s latest hybrid watch, the Q Accomplice, fuses classic analog styling with basic wearable features. This looker doesn’t scream “I run marathons!”—it’s on the dressier side. And its elegant case is Fossil’s slimmest one yet for a smartwatch.

What We Liked: It’s high-functioning and works easily with both iPhone and Android devices. The connected features—which include vibration-based text/email notifications, and step and sleep tracking—aren’t revolutionary, but they don’t need to be. The essential bases are covered.

What We Didn’t Like: The Q Accomplice’s unisex sizing will definitely be on the bulky side for some women—but it’s a good look for those who like bigger, boyfriend-style watches.

Best Feature: The watch has a battery built to last six months—great news for users who aren’t type A’s. Additionally, Fossil makes a boatload of different strap styles, giving users the versatility to dress the Q Accomplice up or down. ($175; fossil.com) 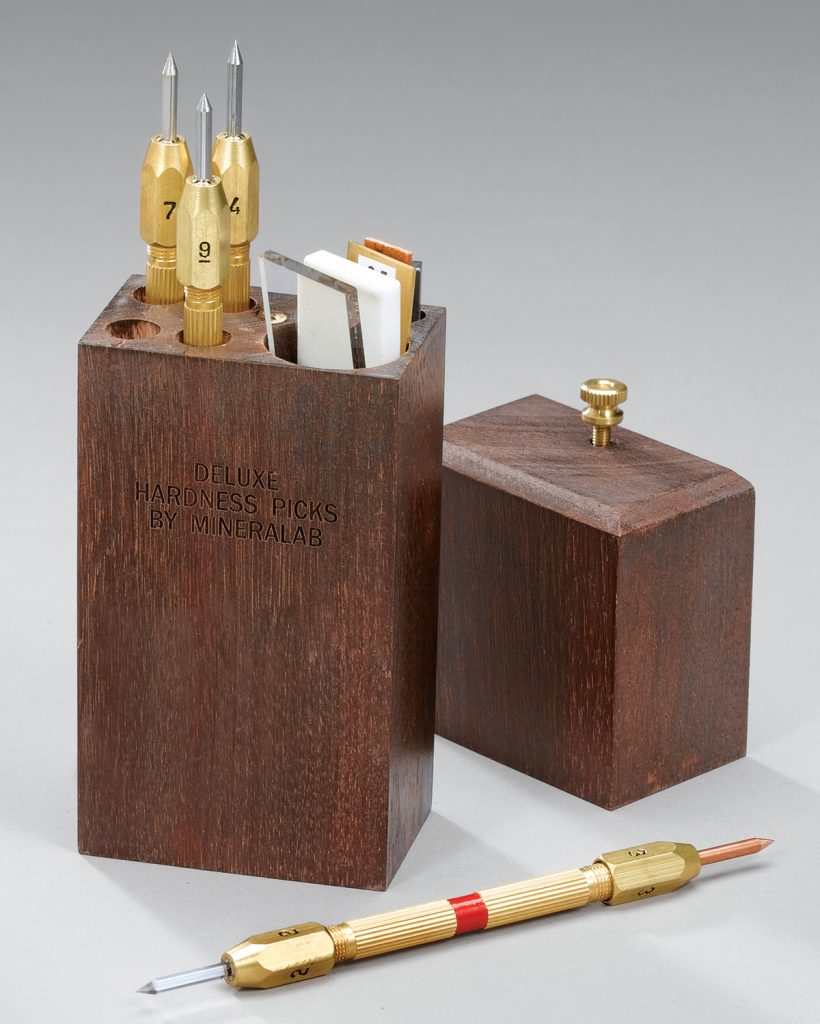 Picking gemstones to shape and set into your designs shouldn’t be a decision based on looks alone—not all stones are as tough as they appear. Test the mettle of your gems and minerals with Mineralab’s Deluxe Hardness Picks from Kassoy, a boxed set of four double-ended picks with eight points, all made of alloys equal to 2 through 9 on the Mohs’ hardness scale. “It’s an interesting tool,” says Victor Hugo Garcia, vice president of sales for Kassoy. “The picks are color-coded, difficult to break, and can also be sharpened.” The easy-to-transport kit also includes two glass hardness plates, a 100 grit sharpening stone, a streak plate, a magnet, a 300-mineral hardness table, and instructions on how to use every tool. ($87.95; kassoy.com)

Not just for testing: Lapidaries and carvers will get a kick out of these picks.