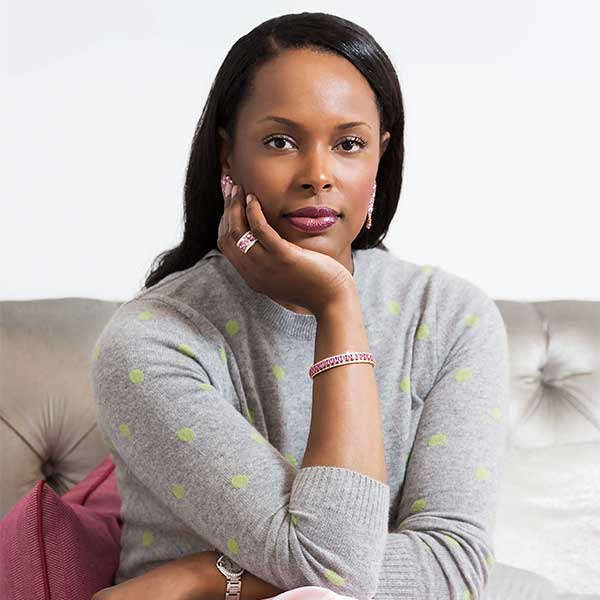 While the Black in Jewelry Coalition, a group of BIPOC jewelry designers, and other U.S.-based initiatives are organizing to amplify the voices of minority talent and leadership locally and on a global level, one voice from the across the pond is disrupting the status quo in Euro circles. Enter Vania Leles, the creative force behind London-based Vanleles, billed as the first-ever female-founded African fine jewelry brand. The designer produces jewels featuring gemstones ethically sourced from African mines that adhere to environmental and human rights protocols. The African regions that benefit directly from her collection include Zambia and Mozambique. “We source our emeralds, tourmalines, and rubies locally and are able to promote where our gemstones have come from without restrictions or fear,” says Leles. “We work with ethical mines who pay fair wages and pay local taxes.” Leles is a graduate gemologist who was born in Guinea-Bissau and educated in Lisbon and London; she spent a decade working for such brands as De Beers, Graff, and Sotheby’s. She is an active sponsor of the Malaika Foundation in the Democratic Republic of Congo, whose mission is to educate girls so that they can positively impact their own villages, country, and the world.

What does Leles think is the biggest problem facing African mining communities today? She is quick to cite local corruption, and notes that those who benefit from the status quo are unwilling to make meaningful changes that would positively impact mining communities. And how can the jewelry industry take an active role in making things better? “I think representation matters,” Leles says. “These African mines and their workers are not represented in the industry conversation, and the fine creations that feature their gemstones are linked with Western brands rather than the true sources.” Leles strives to highlight such African mines and showcase the rich offerings the country produces. “Retailers and designers like myself should demand not only ethically sourced gems but also transparency and traceability in their supply chain. It’s no longer acceptable to just throw marketing dollars to camouflage what really goes behind the scenes. In fact, it is immoral.” Top: Vania Leles, founder and creative director of Vanleles (photo courtesy of Vanleles)