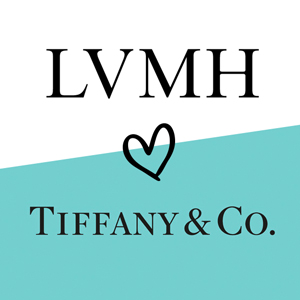 When LVMH first approached Tiffany & Co. about a takeover in 2019, it was with an initial price of $120 a share. That was turned down. Eventually, the two sides arrived at a final price of $135 a price.

Or, at least Tiffany believed that was the final price. Soon, the two parties were back at the negotiating table, after LVMH developed—or pretended to develop—a case of cold feet. In the second round of negotiations, LVMH’s initial offer was…$120 a share.

These and other details were revealed in the proxy statement Tiffany filed on Monday with the Securities and Exchange Commission, asking shareholders to approve the new takeover deal, which came out to $131.50 a share.

The filing also revealed that Tiffany received three overtures from prospective suitors during the period when it looked like the deal was falling apart: one from an undisclosed party, one from an undisclosed company, and the third from a “wealthy family.” Law firm Sullivan & Cromwell deemed all the inquiries to be not credible.

After the parties declared legal war on each other, most observers—as well as Tiffany’s  complaint—said that LVMH’s last-minute brinksmanship was simply a pretext to buy the company at a lower price. LVMH denied this; renegotiating the deal “never crossed our mind,” declared an LVMH exec. But that’s exactly what ended up happening.

On Sept. 16, as the companies’ lawyers were filing cross-claims in the Delaware Court of Chancery, an individual close to LVMH contacted Tiffany’s financial advisor, Centerview Partners, about a settlement. This person was told that Tiffany felt confident in its legal position.

On Oct. 2, after a trial date had been set for January, the person close to LVMH contacted Centerview again and offered to buy the company at $120 a share.

That offer was again spurned. Yet, in a strange retread of last year’s negotiations, the price was raised to the mid-$120s, and then the high $120s.

After consulting its chairman, Roger Farah, Tiffany said it would only agree to a price reduction if it could continue paying its regular quarterly dividend. It also wanted an “‘airtight” contract that “did not include any closing conditions that would excuse [LVMH] from consummating the merger.”

LVMH offered $130 a share, then $131. The two sides finally shook hands on a $131.50 final price—about 3 percent less than the original agreed-to price—in a deal that allowed Tiffany to continue to pay its dividend.

The final deal is meant to preclude LVMH from wriggling out again, or launching a third round of negotiations. Of course, in an earlier legal filing, Tiffany’s lawyers maintained that the original deal was written with “ample protections for shareholders,” given LVMH chairman Bernard Arnault’s reputation for hardball tactics. Which didn’t prevent the original deal from nearly getting junked.

It would be hard to imagine the luxury giant trying to pull out again, but this saga has already proved full of surprises.