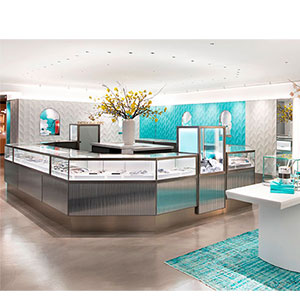 The war between LVMH and Tiffany & Co. has ended, with both sides agreeing to shave over $400 million off of last year’s $16.2 billion purchase price. Yet, it’s hard to tell who actually won this battle. It looks like they both lost.

LVMH president and CEO Bernard Arnault’s reputation has probably taken a hit; his company’s assertions were regularly dismissed and disparaged in the press. (When CNBC anchors discussed the purported French edict to delay the deal, they actually giggled.) Future acquisition targets will be a lot more leery when LVMH comes courting. That said, as Arnault’s nickname is the “wolf in cashmere,” maintaining a sterling image doesn’t seem top of his priority list.

In the end, Tiffany didn’t surrender all that much; $400 million may seem like a lot to mere mortals like myself, but it is less than 3% of the original price tag. One analyst called the savings “minimal” and said it was “odd” that LVMH raised so much fuss for so little gain. Some think that Tiffany just threw Arnault a bone so he could declare victory and remove the cloud of uncertainty hanging over the company. (As the Wall Street Journal put it: “LVMH Saves Face but Little Money.”)

Still, one could argue Tiffany shouldn’t have agreed to any cut. It had the stronger hand, legally. “Very few deals are allowed to be renegotiated, or even allow the buyer to walk away,” noted Financial Times reporter James Fontanella-Khan. “These deals have very tight clauses.”

And yet, Tiffany opted to end the fight—surprising for a company that’s waged long legal battles against Costco, Swatch, and eBay. The price the board agreed to—$131.50 a share—is close to one it previously rejected.

There’s even a dispute over who caved first. One source told Reuters that the negotiation was sparked by Tiffany “approach[ing] LVMH with a more conciliatory tone.” Another told WWD that LVMH reopened negotiations. Tiffany says it will address who reached out to whom in an upcoming proxy filing.

The fact that sources are quibbling over this minor point shows there is perhaps lingering acrimony from this seven-week war.

After all, not only were LVMH’s actions arguably unwarranted, they destabilized Tiffany’s business. LVMH trashed its new acquisition in court, calling it “a shell” of its former self. The luxury giant has shown itself to be a far less promising owner than it appeared originally.

All of which raises the question: Why was Tiffany so intent on marrying a suitor that wanted to leave it at the altar?

According to LVMH’s now-withdrawn counterclaim, money was the motive:

Tiffany’s management and board…all stand to profit far more if it proceeds than if Tiffany goes forward as a stand-alone company in its wounded state. Tiffany’s CEO, Alessandro Bogliolo, alone stands to receive a change of control payout in excess of $44 million. His golden parachute is equivalent to Tiffany’s losses in the first half of 2020. Tiffany’s top five executives are in line to receive approximately $100 million collectively. On a stand-alone basis, Tiffany’s executives would never earn compensation like this….

Whether or not money drove Tiffany executives, it’s striking that Arnault, Europe’s richest man, was willing to cause an embarrassing legal food fight in order to save $400 million. Yet, maybe something more was at play.

There’s been a lot of speculation about what LVMH will do with Tiffany. Will it make a push into China? Expand online? Remodel the stores? (Suffice it to say, “create a garish spectacle before it takes control” was not on anyone’s list.)

Most believe LVMH will move the brand upscale. They argue that Tiffany has never been as highfalutin as its reputation suggests, and it could use a dose of LVMH’s high-end magic. Yet, that poses risks. Ask former J.C. Penney CEO Ron Johnson what happens when an accessible mall-based retailer “fires” its customers.

But that’s all speculation. In the almost-year since this acquisition was announced, LVMH executives have never offered any substantive vision about what they plan to do with their new bauble. (They have said they plan no major changes, but few believe that.) And it could be this lack of clarity, in the face of a business-threatening pandemic, that explains this case of cold feet, as much as the chance to save a few bucks.

Most analysts still feel that LVMH will be a good owner for Tiffany. It is a smart company. It knows how to manage brands.

Even so, this marriage is off to a terrible start. The main rationale for the merger was LVMH’s superior resources. It’s not encouraging that LVMH is already squeezing Tiffany, before the union has even begun.

There’s been many paeans to Bernard Arnault’s deal-making brilliance. Certainly, his track record speaks for itself. But he’s just taken the biggest and most important acquisition of his career and turned it—at least temporarily—into a mess. We’ve seen a lot of time and money wasted during what should have been a smooth transition. For all of his huffing and puffing, it seems the big bad wolf was just full of hot air.