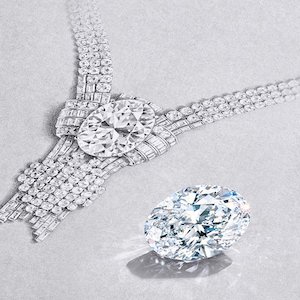 As Tiffany & Co. prepares to be gobbled up by LVMH—which is due to happen Thursday—the retailer reported that its 2020 holiday sales rose a modest 2%, which nevertheless represents a new record for the company’s holiday sales.

Overall holiday comps rose 4%, it added, though all the sales results are preliminary. The news came in a Jan. 5 SEC filing that will likely be among Tiffany’s last as an independent public company.

CEO Alessandro Bogliolo said in a statement that he was particularly pleased to hit this benchmark during a worldwide pandemic.

The sales increase was driven mostly by mainland China, where sales rose 50%, as well as a huge jump in e-commerce sales, which soared 80%. Average unit price also increased.

The Americas region—which includes the United States—was something of a laggard, with net sales falling 5%, and comps dropping 4%. However, Bogliolo said that the United States showed “positive sales momentum” during the quarter.

In a statement, chairman Roger Farah praised Bogliolo, though his remarks could be read to imply that the CEO’s tenure may end with the takeover.

“We congratulate and thank Alessandro, for the remarkable achievement of elevating and modernizing the brand over the past three years,” he said.

Tiffany is also taking a page out of the book of its soon-to-be stablemate Louis Vuitton, which lately has been buying large diamonds and touting it to the press.

On Tuesday, Tiffany announced it had acquired a diamond weighting over 80 cts., which would be the largest diamond it has ever offered for sale. (Its 128.54 ct. fancy yellow Tiffany diamond is bigger but not for sale, though Lady Gaga sported it at the 2019 Oscars.)

The Botswana-sourced D Flawless oval will be the centerpiece of a reimagined archival Tiffany necklace, which was originally displayed at the 1939 World’s Fair. This new piece will be displayed at the company’s renovated flagship, which is set to reopen in 2022.

Top: The new Tiffany necklace, with the 80 ct. D Flawless diamond as a centerpiece, inspired by a piece designed for the 1939 World’s Fair (photo courtesy of Tiffany & Co.)