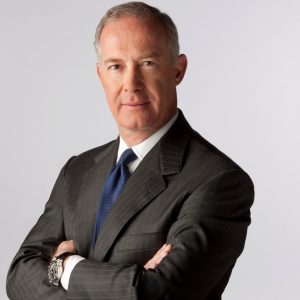 Francesco Trapani (pictured), the Tiffany director whose prior bonds with LVMH reportedly helped nurture its recent acquisition, has resigned from the Tiffany board.

“Mr. Trapani indicated that his decision to resign was not the result of any disagreement with registrant’s operations, policies, or procedures, or any matter related to registrant, but that he was resigning in order to pursue other opportunities,” the retailer said in an 8-K filed Friday with the Securities and Exchange Commission.

Still, some did link Trapani’s resignation to the LVMH acquisition announced four days earlier, especially since, according to a recent Reuters report, Trapani helped the $16 billion deal along.

To complete the acquisition, LVMH chairman and chief executive officer Bernard Arnault “relied on the close-knit connections that his right-hand man [LVMH managing director Antonio] Belloni had forged with Tiffany’s CEO [Alessandro] Bogliolo and board member Francesco Trapani back in 2011 when the pair worked at Bulgari,” according to the news service.

Trapani headed Bulgari, the jeweler founded by his great-grandfather, in 2011 when that brand was taken over by LVMH. Following that acquisition, he served as head of LVMH’s watch and jewelry division until 2014.

In 2017, Tiffany announced that Trapani, in conjunction with “activist investor” Jana Partners, had purchased 5.1% of Tiffany shares.  Tiffany quickly reached a deal with Jana that called for Trapani and two other Jana-backed directors to join its board. One of those directors, former Tory Burch co-CEO Roger Farah, later became the board’s chairman. All this increased speculation about a possible purchase.

About the same time as this trio took their new board seats, Tiffany’s then-CEO Frederic Cumenal—who had always said that the retailer needed to remain independent—abruptly resigned. He was eventually replaced with Bogliolo, who had worked with Trapani at Bulgari.