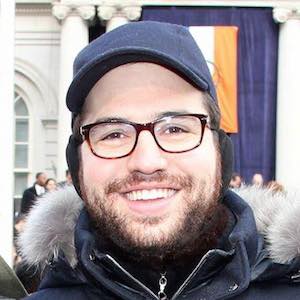 Jona Rechnitz (pictured) is not necessarily a well-known name in the jewelry world, but readers of New York City tabloids have certainly heard a lot about him during the last few years.

The founder of real estate firm JSR Capital and former employee of Lev Leviev’s company Africa Israel Investments, Rechnitz pleaded guilty to honest services wire fraud in 2016 in a case that involved the alleged bribery of public and union officials.

In December, Rechnitz was sentenced to five months in prison and five months of house arrest. He faced much more time in prison but was granted leniency because prosecutors considered him “one of the single most important and prolific white-collar cooperating witnesses in the recent history of the Southern District of New York.”

His travails received heavy attention from New York media because he was a big donor, and apparently had direct access, to New York City Mayor Bill de Blasio. De Blasio has since disavowed Rechnitz as a “liar and a felon.”

But Rechnitz also had a Los Angeles jewelry business, Jadelle Jewelry and Diamonds. The appointment-only jeweler was known for its celebrity clientele. JCK featured one of its pieces, sported by none other than Kim Kardashian West, as a favorite from last year’s Emmy Awards.

In a legal complaint filed last month in Los Angeles court, Victor Noval said that Rechnitz borrowed $2.9 million from him to finance the company. The loan, which eventually swelled to $5.8 million with interest, was said to be secured by $7 million in diamonds and a 2012 Bugatti car.

However, in December, Rechnitz said he was getting a credit line and asked for the diamond collateral back, according to the complaint. In return, he sent two checks—both of which were rejected for insufficient funds, the complaint charges. Noval has not been able to get either the diamonds or the money back, the suit alleges.

It also claims that Rechnitz has taken as much as $15 million in goods on memo from people in the Southern California diamond business and has not returned them.

One victim mentioned in the suit is auction house Sotheby’s, to which Rechnitz allegedly owes $3 million.

“Jona falsely represented to Sotheby’s he was entitled to diamonds given to Sotheby’s for auction,” the complaint states.

Last week, according to the New York Post, Rechnitz became the target of another lawsuit, after another L.A. resident claimed he loaned Rechnitz money and was not repaid.

Noval’s lawyer told the Post that his client didn’t know about Rechnitz’s past. But the case does show why it’s important to conduct due diligence and know your customer.

In his filing, Noval said he didn’t expect to get his money back.

“[He] is hopeful that the publication of this action will cause more victims to not feel ashamed of being fleeced and to report these matters to the proper authorities,” said the complaint.

Neither Rechnitz nor his lawyer could be reached for comment.