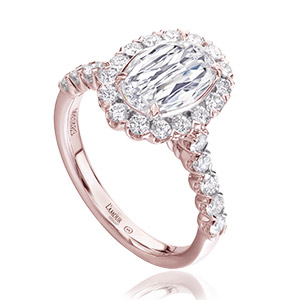 Both men and women tend to factor in their partner’s physical attractiveness when weighing the possible cost of an engagement ring, according to a new study published July 10 in Evolutionary Psychological Science and authored by Jaime M. Cloud and Madalyn H. Taylor of Western Oregon University.

The study, titled “The Effect of Mate Value Discrepancy on Hypothetical Engagement Ring Purchases,” showed 611 participants with an average age of 29 a photograph of a member of the opposite sex. They were then told to imagine themselves as that person’s boyfriend or girlfriend and rate that person’s attractiveness.

Female participants were asked: “If this man were to propose to you after an extended period of dating, what is the smallest size engagement ring that you would be satisfied with him giving to you?” They were then given options ranging from 0.5 cts. ($500) to 1.5 cts. ($9,000).

Male participants were asked: “If you decided to propose to this woman after an extended period of dating, which ring would you buy to propose to her?” They were given similar options.

In both cases, the study found that attractiveness mattered in ring spend.

The study also found that the higher women self-rated their physical attractiveness, the more they favored a larger, more expensive ring.

However, the study notes that when the authors quizzed married and engaged participants on their actual engagement ring purchases, the trend lines were not as clear.

“Findings tended to be in the predicted direction (e.g., women’s attractiveness positively correlated with the cost of the engagement ring),” wrote the authors. “However, a consistent pattern whereby more desirable women received more expensive and higher quality engagement rings failed to emerge.”

Articles on other studies looking at jewelry buying from an evolutionary perspective can be seen here and here.