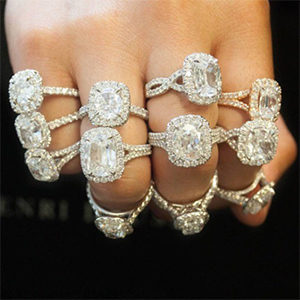 We all know—and most of us are certainly grateful that—consumers love diamonds, gold, and other shiny, sparkly objects.

But do we ever consider why people are so drawn to jewels, as well as other glossy objects, like shimmering lipstick, sequined gowns, and freshly buffed cars?

Some might dub this a silly question. People like glossy objects because they are pretty. But a research paper that appeared in the Journal of Consumer Psychology suggests a deeper, more elemental explanation.

One of the paper’s three authors is University of Houston Bauer College of Business professor Vanessa Patrick (pictured below), who, it so happens, once worked on the J. Walter Thompson De Beers account as a researcher.

“My [academic] research is about understanding the principles that drive aesthetic preferences,” Patrick tells JCK. “Why do people like what they do? Where does the preference for glossy come from?” 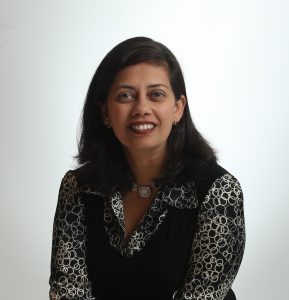 Patrick’s paper notes that mankind has always shown a preference for glossy objects; even Paleolithic people used ivory to give objects an extra sheen.

The most obvious explanation for this is that glossy objects look nice. So, as part of this study, the trio of researchers tested “simple visual appeal.” And they found something more at play. People who were blindfolded still preferred to touch glossy (smooth) objects more than others.

Another possible explanation: socialization. We like glossy objects because we have been taught to. So the study showed kindergarteners two pictures of Santa Claus—one pictured on glossy paper and one on normal paper. The kids preferred the shiny Claus, suggesting the preference for glossy is something innate.

Which brings us to the field of evolutionary psychology.

To explain the framework the researchers used, Patrick summoned a famous example: “No matter where you go, in every culture people have a similar landscape that they think is ideal: very lush and green. Even people in Southern Africa consider that the ideal landscape even though it is not familiar to them. But it is preferred because it is rich in resources.”

The researchers theorized that people prefer glossy objects because they evoke water. It notes that prior research found that people associate gloss with wetness.

“From an evolutionary viewpoint, the reverence for water makes sense,” the paper says. “The role fresh water plays in our health is obvious—we can survive only a few days without it.”

So what does this mean for the industry? Patrick notes that her old employer, J. Walter Thompson, always displayed glossy jewelry against a matte background, emphasizing its shininess.

“Our research supports that idea,” she says. “If you want to showcase your jewels, make them stand out.”

Or perhaps, if you want to sell a diamond, give the customer some crackers.