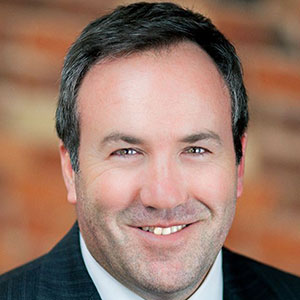 Stornoway Diamond Corp., which owns the Renard diamond mine in Quebec, Canada, has announced that Patrick Godin (pictured), its chief operating officer since 2010, is taking over as president and CEO.

As chief operating officer, Godin has had overall responsibility for the development of the Renard Diamond Project through its feasibility study, permitting, construction, and operation.

The Renard mine is the first producing diamond mine and the sixth in Quebec. Construction on the project began in July 2014, and commercial production began on January 1, 2017.

Godin has been a member of the company’s board since 2011.

He replaces Matt Manson, who has served as CEO since 2009 and president since 2007, two years after he joined the company. Prior to that, he was a vice president of Aber Diamond Corp., now known as Dominion, where he helped finance and develop the Diavik Diamond Mine. During the next year, Manson will provide support to Godin in his new role.

The news comes as Stornoway posted a $37.6 million net loss for the third quarter of 2018.

“We continue to see weakness in the diamond market, particularly in smaller and lower quality items, and this has continued into the fourth quarter,” Manson said in a statement. “Our balance sheet strengthened following the $129 million in financing agreements announced on October 2, and with steady state operations achieved at the Renard mine, our outlook for the remainder of the year and into 2019 is positive.”

Godin said that “our near-term focus will be on delivering further performance improvements, adding to our reserve base, and maximizing free cash flow generation, while being on the lookout for value-creating growth opportunities over the longer term.”

Last year, reports appeared that Stornoway might merge with Dominion to form a new entity headed by Manson. Instead, Dominion was purchased by Washington Companies for $1.1 billion