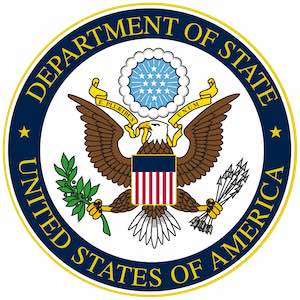 Yesterday, U.S. State Department officials delivered a blunt message to industry groups and companies at a meeting in New York City: Jewelry businesses must know and declare where all their materials originate from or they will be subject to new regulations.

“[The government] wants to know where every part of a piece is sourced,” said one attendee, who spoke on condition of anonymity. “Not just the diamond or gem, but the gold, everything.”

The United States believes that jewelry materials and other minerals are funding conflict and rogue regimes, specifically mentioning Iran, Venezuela, and certain countries in Africa, said attendees. But it’s also interested in more than those areas.

“It’s a broad stroke across the industry,” the attendee said. “It’s about knowing the source for any piece of material that is imported.”

State Department officials have expressed frustration with the slow rate of change in the industry at meetings before. But this felt a little different, said those in attendance.

There were threats of new regulations on the industry, though attendees received few specifics. Some speculated it could be a new law or executive order.

“Something is cooking,” said another attendee. “It seemed pretty serious. I wouldn’t say [the meeting] was overly threatening, but it was serious. It was an alert.”

Said the first source: “It was made clear this was coming all the way from the top, that President Trump and Secretary of State [Michael] Pompeo are focused on this.”

Industry officials have long maintained that it’s difficult to determine the exact provenance of every part of a jewelry item, given that many materials are recycled, reused, and traded throughout the secondary market. The discussion touched on existing mechanisms to guarantee provenance, like the Responsible Jewellery Council’s Chain of Custody certification.

Yet attendees felt those caveats were received less receptively than in the past. The government seems frustrated that existing regulations were not being followed, they said.

While the State Department is looking at sectors other than the jewelry industry, it looks at this business as a top priority, the attendees say.

The meeting ended with six takeaways:

– The “threat assessment” is higher than it has been in the past.

– The Kimberley Process is inadequate to solve the current problems.

– Insuring a chain of custody for all materials is important to the U.S. government.

– The government plans to hold U.S. suppliers and purchasers accountable.

– More industry education is needed on these issues.

– The government is looking to do more enforcement of existing rules and regulations, specifically mentioning those pertaining to anti–money laundering.

Although the discussion was ostensibly devoted to transparency, it was held under the Chatham House Rule, which allows attendees to discuss the thrust of the conversation, though not the people having it.

A U.S. State Department official declined comment on the record.

Yesterday’s meeting seems something of an about-face by the Trump administration, which has previously said it wouldn’t enforce the one regulation that has seemingly boosted transparency in gold sourcing: section 1502 of the Dodd-Frank Wall Street Reform and Consumer Protection Act.

For guidance on developing an anti–money laundering program, a requirement for many jewelry companies, consult the Jewelers Vigilance Committee’s site.