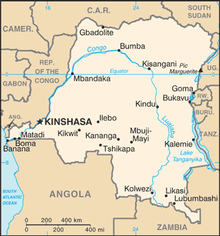 Securities and Exchange Commission (SEC) acting chairman Michael Piwowar has said he won’t enforce the due diligence provision of the SEC’s conflict mineral rule after a court overturned one element of it.

On April 3, the U.S. District Court for the District of Columbia issued a final judgment in the ongoing litigation over Sect. 1502 of the 2010 Dodd-Frank Wall Street Reform and Consumer Protection Act. The judgment upheld a prior ruling that said requiring companies to label their inventory “conflict free” violated companies’ free speech rights under the First Amendment.

Piwowar said the SEC is still evaluating how to address the court ruling, including a possible new descriptor. But he added that, in light of the uncertainties, he doesn’t expect the SEC to enforce the part of the rule that requires companies to conduct due diligence on their chain of custody.

Companies still must file specialized disclosure forms about whether they have conflict minerals from the Democratic Republic of Congo (pictured) and surrounding areas in their inventory. The rule governs sourcing of gold and tungsten.

Supporters of the rule, like the Enough Project, charged that the acting chair was overstepping his authority, noting that the court decision only nullified one severable component of the conflict mineral rule.

The decision isn’t surprising, given that in January, Piwowar called the rule “misguided.”

“While visiting Africa last year, I heard first-hand from the people affected by this misguided rule,” he said in a statement. “The disclosure requirements have caused a de facto boycott of minerals from portions of Africa, with effects far beyond the Congo-adjacent region. Legitimate mining operators are facing such onerous costs to comply with the rule that they are being put out of business.”