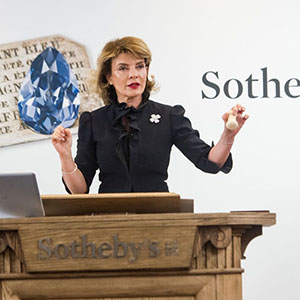 At a Sept. 5 meeting in New York City, Sotheby’s shareholders okayed the $3.7 billion takeover of the auction house by BidFair USA.

The acquisition was first announced in June.

BidFair USA is wholly owned by Patrick Drahi, a French-Israeli businessman who owns a variety of telecom and media companies, including Cablevision and internet service provider Optimum. Drahi is also an art collector who has been an occasional client of the company, according to a proxy statement filed Aug. 7 with the Securities and Exchange Commission.

The sale is now on track to close in the fourth quarter of 2019.

Under the deal, every Sotheby’s shareholder will receive $57 a share, a 61% premium to when the acquisition was announced on June 14.

The acquisition will take the company private for the first time in 31 years. Until now, Sotheby’s, which just celebrated its 275th anniversary, had been the oldest company trading on the New York Stock Exchange.

According to its proxy statement, over the last year, the auction house had received expressions of interest in a possible takeover from three other bidders and bidding groups, mostly private equity firms. But the board of directors opted to go with Drahi’s offer after he raised it from its initial $52.50 a share.

Its auction sales for the second quarter of 2019 (ended June 30) declined 9%, due in part to a decrease in jewelry sales.

Sotheby’s chief executive officer Tad Smith said in a statement, “This is a historic moment for Sotheby’s, and we are very pleased to have the validation of the company’s shareholders. Sotheby’s is on track for another strong season with outstanding auctions set to be held in Hong Kong and contemporary art sales that will inaugurate our newly renovated space on Bond Street in London early next month.”