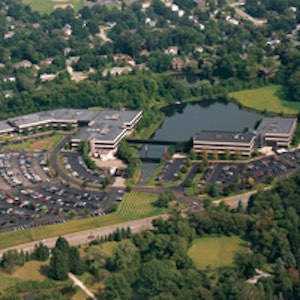 Signet Jewelers is letting go an unspecified number of employees in its Akron, Ohio, and Dallas home offices after not enough employees took a buyout the company offered in February.

Spokesperson David Bouffard declined to say how many were affected or the cost savings Signet expected to realize from the action.

“In February we announced a Voluntary Transition Program (VTP) that will provide eligible team members with the opportunity to transition out of the company with certain separation benefits,” Bouffard said in an emailed statement. “We were hopeful that we could achieve our cost savings targets through the VTP, but have let some employees know that based on VTP participation, we are taking additional actions, including an involuntary reduction-in-force with transition and outplacement assistance.”

He continued: “Though this was a difficult decision, it was necessary as we focus on identifying cost savings to invest in the business initiatives that will help us deliver inspiring products and ideal online and in-store shopping experiences to our customers.”

The company had originally said it planned to address the results of the buyout offer during its April 3 financial results, but did not do so at that time.

Prior to this round of job cuts, Signet employed 2,600 people in Akron and nearly 800 people in its Dallas office.

As part of CEO Gina Drosos’ “Path to Brilliance” strategy to transform Signet, she has announced plans to cut $200 million from its budget by fiscal year 2021, with $60 million–$70 million in cuts slated for the upcoming 2020 fiscal year.

The company recently shut a manufacturing facility in Dallas, triggering the loss of 100 jobs.

In its most recent financial results, it reported a $657.4 million loss for fiscal 2019, compared with a $519.3 million profit the prior year.

At press time, Signet’s stock was trading at $22, its lowest level since the aftermath of the 2008 financial crisis.