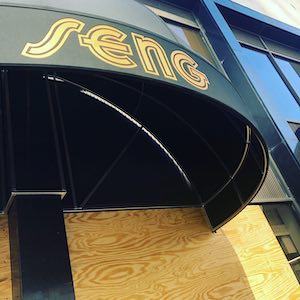 On Thursday, Seng Jewelers, a century-old Louisville, Ky., retailer that has struggled with legal and financial issues over the past year, filed for Chapter 11 in Kentucky federal court.

The news was first reported in Louisville Business First.

The filing is part of a tumultuous year for the well-regarded store, which was founded in 1889. Last year, a customer filed a complaint against Seng as well as father-and-son co-owners Lee and Scott Davis, charging them with not returning a 2.3 ct. Harry Winston diamond ring she had consigned to be resold.

According to the suit, the consumer planned to sell the ring to pay for medical treatments for a “catastrophic illness” that wasn’t covered by her insurance carrier. However, the store never returned the item, or made payments she was eventually promised.

The store owners were later criminally charged by the state with theft by failure to make required disposition of property over $10,000. In January, the father and son admitted to a charge of amended theft, in a plea deal that spared them jail time but required them to pay $40,000 in restitution for the unsold ring, according to Louisville TV station WLKY.

The retailer reportedly faces other consumer suits and claims from its landlord. Court records also list complaints from members of the trade, two of which are listed in bankruptcy papers.

The store’s top listed creditor is the Kentucky Department of Revenue, to which it owes $258,388.10 in unpaid sales tax. The store had been enjoined from reopening since last year due to the sales tax issue. In December, it reportedly struck a settlement with the state that let the store reopen.

Seng’s bankruptcy attorney could not be reached for comment at press time.