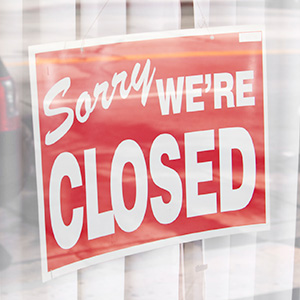 Seng Jewelers, a well-respected 130-year-old Louisville, Ky., independent jeweler, is currently closed, and the store and its owners are in the middle of legal fights over taxes and a consigned ring.

The store had been planning to move to a new location, but its new store seems to be on hold.

“No re-opening date,” it said on its Facebook page in late August. “More updates to come once our efforts to re-open are closer to completion. It’s gonna happen!!!”

But a lot seems to depend on how the store resolves its current legal issues.

In January, the commonwealth of Kentucky filed a complaint against Seng in Franklin circuit court, alleging the business had not paid $35,000 in sales and use taxes. It claimed the store owed over $522,000, with additional penalties and interest.

It sought an injunction preventing the business from operating until it paid a $35,000 bond.

According to a local newspaper, a judge granted the requested injunction in May.

The store claimed in response that the state had adjusted its total to $497,120, and that the store was moving locations to reduce expenses and that it had added automated sales-tax management software, the news outlet reported.

That is not the store’s only legal issue.

In May, local resident Jo Lynn Baker sued Seng for allegedly not returning a ring she gave to the jeweler on consignment.

According to the complaint, on Dec. 1, 2016, Baker consigned to Seng a Harry Winston ring with the expectation the store would sell it for her and give her the money, minus a commission. She was allegedly told she would receive between $35,000 and $40,000. Baker wanted to sell the ring to pay for medical treatments for a “catastrophic illness” that wouldn’t be covered by her insurance carrier, according to her legal papers.

The suit charges that the store repeatedly failed to communicate with Baker about the ring, and when she did inquire, she was told it was about to be sold. In March of this year, she was told that she would receive a number of payments totaling $38,500, the suit says—but to date, she hasn’t received any money or the return of the ring.

The dispute over the ring has led to criminal charges against the store’s father-and-son owners Lee and Scott Davis. In September, the commonwealth of Kentucky charged them with theft by failure to make required disposition of property, a class C felony. According to news accounts, they have pleaded not guilty.

The Davises’ civil attorney referred JCK to the attorney handling the criminal matter, who did not respond to a request for comment.

But the civil attorney told the Courier Journal, a local newspaper: “My client and his family have run a Louisville institution for generations. [We] hope to attempt to resolve this matter to the best of our ability to the mutual satisfaction of everyone involved.”