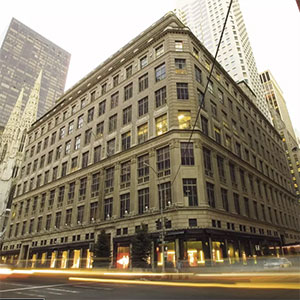 Saks Fifth Avenue owner HBC (also known as Hudson’s Bay Co.) will likely soon be a private company, now that its board has accepted a new offer from a group of shareholders led by executive chairman Richard Baker.

The shareholder group, which already owns 57% of the company, agreed to pay CA$10.30 for company’s shares (about $7.87), a 62% premium to the stock’s June 7 closing price. In June, the group offered CA$9.45 per share, but that offer was rejected by a special committee of independent directors.

That committee is now urging the remaining shareholders to approve this new deal, which is a 9% improvement over that initial offer. In a statement, the company said the buyout represents a “compelling value proposition” for shareholders in a “deteriorating retail environment.

“The department store and specialty retail competitive landscape continues to evolve rapidly and the company will be required to invest substantial capital and resources to remain relevant to its customers and successfully compete,” read the statement.

It used to own a lot more, but lately it’s been slimming down. In August HBC sold department store Lord & Taylor, which it had owned since 2012, to Le Tote, an online fashion subscription service, for $99.5 million. And just last month, HBC sold off its European real estate and joint retail ventures in the Netherlands.

In addition to Baker, HBC’s governor and executive chairman, the shareholder group that is taking over the company consists of Rhône Capital LLC, WeWork Property Advisors, Hanover Investments (Luxembourg), and Abrams Capital Management.

The deal requires the approval of 75% of the company’s shareholders at an upcoming meeting.