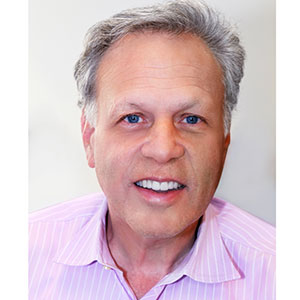 Dennis Ulrich, who helped turn Richline into a dominant player in the middle market, will retire as the company’s CEO this year.

Dave Meleski, who currently serves as the brand’s president, will replace Ulrich as CEO. The transition will take place sometime this summer.

“Dave has asked me to stay on for some time, to assist in the transition and help in certain areas of the business that he identifies, where I can bring value,” said a letter from Ulrich distributed to the trade.

In his letter, Ulrich recalled how he stared in the business in 1974, working with his parents Mitchel and Ruth at the original Richline. (The name comes from the last four letters of Ulrich.)  In 1994, Ulrich and wife Liz became interested in Italian jewelry and launched Bel-Oro, which soon turned into the leading importer of gold jewelry in the United States.

In January 2007, after seeing Berkshire Hathaway chairman Warren Buffett speak at a function for Berkshire-owned Ben Bridge, Ulrich contacted the famed billionaire and suggested that, with Berkshire’s support, he could build a huge jewelry manufacturing company.

Buffett later said in a statement that “the opportunity to partner with Dennis Ulrich, and his entire team, was one I couldn’t pass up.”

That year, Buffett told shareholders: “Richline is far below the earnings threshold we normally require for purchases. I’m willing to bet, however, that Dennis—with the help of his partner, Dave Meleski—will build a large operation, earning good returns on capital employed.”

Since then, Richline, which started as primarily a gold company, has acquired close to two dozen businesses, dealing with gems, diamonds, and pearls, and ventured into high-tech areas like smartwatches and online sales. It now has 3,000 employees.

In his letter, Ulrich called Buffett “the best partner in the business.”

In 2015, Jewelers for Children honored Ulrich, who had previously chaired the charitable group. For years, he was a regular on JCK’s Power List.

In closing his letter, Ulrich said the decision to retire had been “very easy” for him.

“I will be there and available to help [Richline] in most any way,” he added. “As long as it doesn’t interrupt my fishing trips.”

JCK will have more on Ulrich’s career tomorrow.