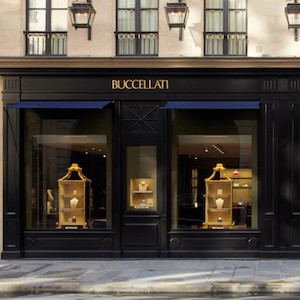 Richemont also owns Cartier and Van Cleef & Arpels, as well as a long list of watch brands, including A. Lange & Söhne and Baume & Mercier. It had reportedly been looking into buying the jeweler since last year.

The Milan-based brand had previously been owned by Gansu Gangtai Group, which in August 2017 acquired 85% of the company in a deal estimated at $271 million. The other 15% was owned by its founding family.

In a statement, Xu Jiangang, founder and chairman of Gangtai Group, said he was proud that his company boosted the brand in China and made it one of the best-known jewelry brands in the world.

The Buccellati brand is celebrating its 100th anniversary this year; it was founded in Milan in 1919 by Mario Buccellati. It is known for its handmade jewelry, and also sells watches and silverware.

In the statement announcing the acquisition, Richemont chairman Johann Rupert said that “Buccellati meets the needs of today’s customers who are looking for creative jewelry, with a highly distinctive style.… We look forward to ensuring the long term development of this unique jewelry maison.”

Andrea Buccellati, brand’s honorary chairman and creative director, said in the same statement: “We are proud to join Richemont, a family-spirited group and nurturer of prestigious luxury maisons, with an undisputed expertise in jewelry. We value their long term strategic thinking and look forward to seeing the potential of Buccellati realized as part of Richemont.”