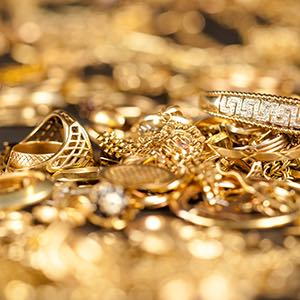 Many more U.S. consumers are interested in buying gold jewelry than actually do, according to new research from the World Gold Council.

The organization, backed by major gold miners, found that 40% of U.S. consumers surveyed have never bought gold jewelry but “are warm to the idea,” says Alistair Hewitt (pictured below), head of the WGC’s Market Intelligence Group.

Hewitt says this shows the market is potentially much bigger than it is currently.

The research also found that 48% of U.S. consumers have already bought gold jewelry but would consider buying it again, while 12% have no interest in buying it. (The most commonly cited reason for this lack of interest: 42% believe they can get less expensive jewelry that looks just as good.)

In one surprising finding, the survey discovered that U.S. millennials are just as open to the idea of buying gold as older generations: 19% of millennials said they would consider buying gold jewelry in the next 12 months, compared to 18% of respondents over 39 and 11% of Generation Z.

However, millennials seek a little more variety than their elders. In particular, they are open to buying gold in non-yellow colors. Some 31% of U.S. millennials expressed interest in buying rose gold, while only 15% of consumers over age 39 shared that desire.

The research also found that millennial and Generation Z consumers are more likely to weigh social concerns when buying a product.

“They want to buy a luxury item that creates a positive social impact,” says Hewitt. “That’s an important issue to address and become part of the conversation.”

The research found that U.S. consumers had a lot of faith in the yellow metal’s reputation as a store of value, with 60% saying that they trusted gold more than currencies.

But consumers were reluctant to buy gold online, because of trust issues, the study found.

“Gold is one of the least bought products online,” Hewitt says. “That is something that we need to think about—how we can make those purchases as seamless as possible.”