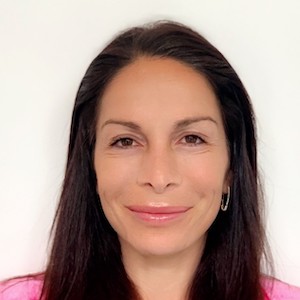 She takes over from father Aaron, the company’s founder and namesake.

The firm, best known for its baby shoe charms, was originally founded in Iraq in 1908 by Regine’s grandmother, whom she is named after. For 30 years, it operated a boutique on Madison Avenue in New York City, which was closed earlier this year. It is now stressing e-commerce and nontraditional retail, like pop-up shops, collaborations, and intimate sales events.

“We are changing the structure of the business,” she says. “We want to be more online, and not necessarily doing the traditional Monday-through-Friday kind of retail. It’s about doing a shop-in-shop or a collaboration with a cool hotel. I feel like that is where retail is going. People may be shopping at cute stores at their beach club and not necessarily going to a department store.”

The company will continue to sell wholesale, but that’s “not a focus” going forward, she says.

Regine first joined the company in 1997. She was previously the firm’s chief creative officer, spearheading its new Love Is My Religion collection. She’s also worked in its marketing and public relations departments.

She says that, as a female heading a jewelry company, she brings a unique touch and perspective, as well as a different generational outlook.

“It comes from a different place,” she says. “The Love Is My Religion collection comes from a place of love and acceptance and uses the brand as a platform to spread a message of humanity and tolerance.

“My grandmother started the business as a woman,” she adds. “It’s kind of bringing that element back.”

Regine graduated from Tulane University with a degree in international relations, and is fluent in English, French, Spanish, Hebrew, and Arabic.