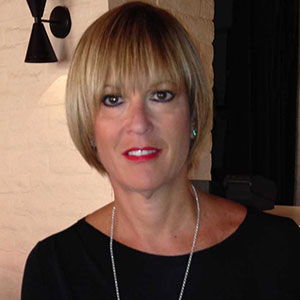 In her new role, she will be responsible for the development of its polished diamond sales and customer service.

Since 2014, Foerster had served as executive vice president of strategic planning and marketing at Leo Schachter Diamonds, the large diamond wholesaler. From 2007 to 2014, she held a role similar to her new one, as vice president of the now-closed North American representative office for miner Rio Tinto Diamonds.

From 1998 to 2007, she served as vice president of marketing for jewelry manufacturer Frederick Goldman, specializing in development of the bridal market. Prior to that, she worked in marketing and branding at advertising agencies and corporations such as Revlon, Unilever, and Reckitt Benckiser.

Alrosa’s office in New York City was opened in 2006, but has not operated since 2016 for what Alrosa called organizational reasons. It is also seems likely that ongoing political issues, namely U.S. sanctions against Russia, caused the company to scale back operations. The office’s activities resumed last year with two auctions of large polished diamonds, but until now it has lacked a permanent head.

Alrosa said it plans to ramp up the office’s activities this year and will hold four rough diamond auctions in the United States. It also plans to significantly increase its polished diamond sales.

“The United States is the world’s largest market for diamond jewelry,” said Yury Okoemov, deputy CEO of Alrosa, in a statement. “For this reason, special requirements are placed on the person who will represent Alrosa’s interests there. Ms. Foerster has a wealth of experience in companies that represent almost all parts of the diamond pipeline, from diamond mining to diamond jewelry sales. She knows the specifics of the diamond business and is well aware of American market needs.”

Foerster was interviewed by Unleashed here.