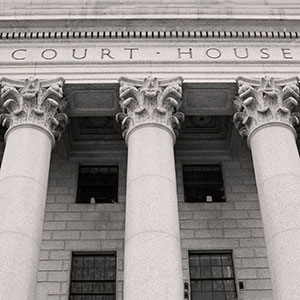 Pure Grown Diamonds, IIa Technologies, and Fenix are asking a New York court to dismiss patent claims brought against them by WD Lab Grown Diamonds and the Carnegie Institution of Washington.

The suits alleged that that the companies infringed on two Carnegie Institution patents, which M7D has licensed since 2011. The first covers producing diamonds with the CVD (chemical vapor deposition) method using a microwave plasma process; the other covers annealing, the method for improving a diamond’s visual qualities using high-pressure, high-temperature (HPHT) treatment.

The suit against ALTR was dropped in March, though the parties haven’t commented on whether it involved any kind of settlement. In March, Carnegie and WD filed an amended complaint that dropped Mahendra Brothers from their claim.

For instance, it notes that scientists have known since the 1950s that the optical properties of a diamond change when subject to high pressure and temperature.

“[Carnegie’s] Patent merely applies that fact to a particular subset of diamonds—those made using chemical vapor deposition,” the filing said. It argued that since “CVD diamonds have the same physical, chemical and optical qualities as diamonds mined from the earth, they exhibit the same natural phenomenon. Accordingly, the claims…are not patentable.”

It also argues that diamonds can be grown with the CVD method “[f]or at least twenty years,” by using microwave plasma CVD and “by using a combination of methane, or another simple hydrocarbon gas, and hydrogen gas at reduced pressures and temperatures of 800–1200° C.”

It also asserts that the suit’s “direct infringement allegations fail to sufficiently identify the accused products and fail to plausibly allege that the accused products are made by the claimed methods.” It notes that since IIa Technologies manufactures its products overseas, the complaint “does not plausibly allege any acts in the United States that would constitute direct infringement by IIa Technologies.”

In its response, filed April 13, Carnegie argued that its patents involves “a non-natural method of making synthetic diamonds by a CVD process” and “a patent directed to man-made inventions—as opposed to a patent directed to the discovery of natural phenomenon—is patent-eligible.”

It also said that Pure Grown and IIa’s motion to dismiss fails to specify that the patented growth methods were “well-understood, routine, and conventional.”

It alleges that since Pure Grown “has imported CVD diamonds made by the patented processes into this country,” it is subject to an infringement claim. “Foreign manufacture does not avoid liability,” it asserts.

Fenix’s motion to dismiss, filed March 30, argues the plaintiffs “do not adequately plead” that the company produces its diamonds with “infringing methods.”

“At no point do the plaintiffs identify by name or photograph even one specific method used by the defendants or its suppliers,” it said. “The absence of such facts is glaring.”

Carnegie’s attorneys counter, in a response filed April 13, that it “reasonably” believes that Fenix’s diamonds are produced with a process that involves “heightened temperature and atmospheric pressure and control of temperature gradients” in a way that violates its patents. It added that discovery should produce more information on the growing methods.