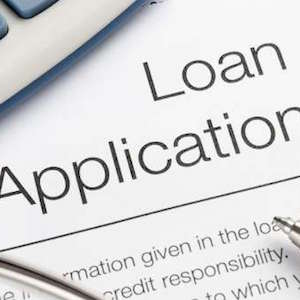 The loans were designed to buoy small businesses suffering from the significant economic impacts of the COVID-19 pandemic, which led to the closures of businesses across the United States beginning in mid-March.

The Paycheck Protection Program was created to stem unemployment, which has ballooned in recent weeks. The business loans are forgivable if companies could prove at least 75% of the funds were used for employee retention. But after a disastrous rollout April 3, the $350 billion fund was quickly depleted. Congress is expected to pass legislation that adds more than $300 billion to PPP, which—because of the huge demand—isn’t expected to last long.

Meanwhile, lenders are asking Congress to save the Small Business Administration’s 7(a) program, the government’s traditional lending plan for small companies. They’re in jeopardy, Politico reports, because the legislative text of the Paycheck Protection Program combined the funding authorization caps for PPP and the 7(a) program through June 30, when the PPP is scheduled to expire.

And now the Associated Press (AP) is reporting that—through its own investigation—it’s identified at least 94 publicly traded companies that received PPP loans, some “with market values well over $100 million.”

The news outlet combed through thousands of regulatory filings submitted through April 20 and found that the 94 companies, or their subsidiaries, received a combined $365 million in low-interest, taxpayer-backed loans. Nine of the loans were for the maximum $10 million, recipients of which included publicly traded coal company Hallador Energy and Potbelly restaurants.

The SBA hasn’t released a full list of businesses that have received PPP loans, but in a statement released Friday said the combined CARES Act loans have been disbursed to more than 1.6 million small businesses in the United States, and says 74% of them were for under $150,000. That statistic suggests there was plenty of wiggle room for multimillion dollar companies to claim hardship and access funding.

While thousands of small retailers and other businesses in dire situations have been struggling to access the promised capital, the AP reports that program funds have been funneled to not-so-desperate businesses.

The outlet’s reporting reveals that Wave Life Sciences USA Inc., a biotechnology company, received a $7.2 million PPP loan even though its losses have totaled more than $400 million during the last three fiscal years, and in a letter to investors it wrote, “We currently have no products on the market and expect that it may be many years, if ever, before we have a product candidate ready for commercialization.”

In addition to exhibiting a lack of oversight regarding the recipients of its loans, the SBA has also reeled back the generosity of its EIDL loans, which it designed to provide small businesses with a free-and-clear loan of up to $10,000 (it was also granting loans up to $2 million, with a 3.75% interest rate for small businesses). JCK news director Rob Bates reported on April 13 that EIDL going forward may be calculated based on the number of employees a business has multiplied by $1,000.

The National Federation of Independent Businesses (NFIB) released a survey on Monday that revealed that 80% of respondents who submitted an application for an SBA loan said they’re still waiting for the funds to come, and many don’t even know where they are in the application process.