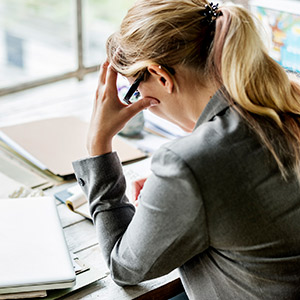 As the SBA described it, any business that applied for an EIDL loan would receive an automatically forgiven $10,000 grant within three days—whether or not they were accepted for a larger loan. It was also granting loans up to $2 million, with a 3.75% interest rates for small businesses.

It now seems those SBA promises really were too good to be true.

This week, reports appeared that the SBA may scale back some of the program’s more generous features.

According to guidance issued by an SBA field office—since removed—the $10,000 grants may no be longer automatic; they may be calculated based on the number of employees a business has, multiplied by $1,000. So a business with three employees will receive a $3,000 grant.

“Based on reports, the SBA may provide $1,000 per employee for up to ten employees,” wrote Senator Brian Schatz (D-Hawaii) on his site. “However, SBA has not provided public guidance on how it will determine the amount of the advance.”

Schatz and others have called on the SBA to provide more clarity on this issue.

The SBA press office did not respond to a request for comment by the time of publication.

“Overwhelming interest in the program has slowed the process,” Schatz said. “This makes it difficult to estimate when applicants will receive the advance.”

Finally, the loans were originally supposed to be capped at $2 million—and are still described on government sites that way. However, a letter from the SBA, reprinted by The New York Times, suggested that initial loan disbursements will be limited to $25,000—including the $10,000 grant.

In a letter to congressional leaders, the U.S. Chamber of Commerce griped that just giving an extra $15,000 “will be insufficient for a great many main street employers.” It noted the average loan request is $200,000.

In another new wrinkle that has raised still more questions, SBA has also requested that if a business applied through its original disaster loan website, it should reapply through its new “streamlined” site, COVID19relief.sba.gov.

Last Wednesday, JCK talked to jewelers who had applied for both loans from EIDL as well as the Paycheck Protection Program (PPP), which provides forgivable loans meant to retain employees. Some found the process easy; others found it difficult. But just about all said they hadn’t received any money yet and wondered if, even if they got what they asked for, they’d be able to survive.

The SBA isn’t currently releasing loan statistics, but a new website, COVID Loan Tracker, said that out of 2,900 small businesses that supplied data to the site, just 2.5% had received PPP loans and 0.5% received EIDL grants.

Officials point to heavy demand for the delays and confusion. According to the National Federation of Independent Business, about 49% of business owners have applied for the EIDL loans and grants. (Another 5% tried, but said the SBA website wasn’t working.) Only 4% were approved for the grants, and 1% were turned down—and the rest hadn’t heard anything, positive or negative, from the SBA.

The NFIB found similar issues with the PPP, which just launched on April 3. Some 70% of small businesses had applied—and while 72% were approved, another 28% were not. Most have not received money yet.

“The programs have yet to deliver the loans, frustrating small business owners who are in immediate need of financial support,” wrote the NFIB.

While some hiccups were expected with a program of this scale and ambition, critics say that this rollout has been particularly chaotic.

An employee involved in the lending process wrote on Reddit: “I have no idea what it’s like to own a business so I certainly don’t have the ability to empathize on a realistic degree. But I know that myself and the rest of my team are trying our best to help you. And it’s really, really hard to do your best at something when nobody has any idea what’s going on.

“At this point in time, everyone’s just kind of winging it. We have had no training material aside from vaguely-worded emails, half-assed PowerPoints, and ‘very informative’ FAQ sheets that answer literally none of our questions. There’s no one to reach out to for clarification or guidance. Everyone is completely inundated.”

Another issue is that the PPP program has almost blown through the $350 billion assigned to it. According to Fortune, it has already approved $217 billion in loans. Congressional leaders are currently working on a package that would grant it an additional $250 billion.

The Main Street Alliance, a small business advocacy group, called for the government to provide direct subsidies, rather than loans, to small businesses, covering everything from payroll to rent. It also said that private lenders should be eliminated from the process.

“There is precedent for this,” said Amanda Ballantyne, the group’s executive director, in The Hill. “Successful programs like this have been adopted in Germany, Britain, Ireland, and Denmark. Continued reliance on small business loans, particularly this botched PPP rollout, is going to contribute to even more eye-popping mass employment.”