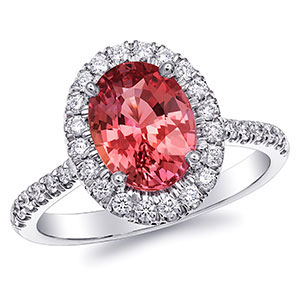 At press time, platinum was trading at $843 an ounce—after its price briefly hit $810, the  metal’s lowest price in 14 years.

Even so, platinum is still trading at historic lows compared to some of the other jewelry metals. Currently, platinum is trading for almost $400 less than the price of gold, which was valued at $1,240 an ounce at press time.

But more surprisingly, platinum is also trading for about $100 less than its longtime sister metal palladium, which was at press time trading for $942 an ounce. The price of platinum first fell below that of palladium in September of last year and has stayed below it ever since.

Analysts blamed platinum’s woes on the growing threat of an automotive trade war between the United States and Europe, which they fear will add to the costs of cars and depress overall sales.

“With the auto tariff threats, you will see it affect demand, so investors are selling platinum as a result,” John Caruso, senior market strategist at RJO Futures, told Reuters.

On the positive side, platinum’s low price seems to have spurred jewelry sales—according to Platinum Guild International, sales of platinum jewelry rose 11 percent in the United States last year, in part because of its historically low price. This marks the fifth consecutive year platinum jewelry sales have grown in America.