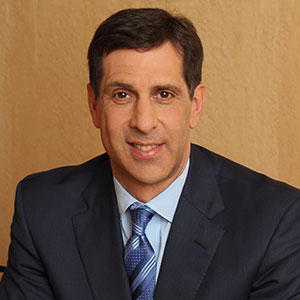 Lisa Jones has become the new president of the Henri Stern Watch Agency, the American importer and distributor for Patek Philippe.

Jones has worked at Patek Philippe for 16 years, in public relations, sales, and marketing. She eventually rose to vice president, where she oversaw all commercial activities, including sales and marketing.

She is the first woman to serve in the role at Patek U.S., though worldwide, the brand has had other female presidents.

Prior to joining Patek, Jones worked in the New York City office of auction house Antiquorum.

She takes over from Larry Pettinelli (pictured), the former investment banker who has filled the role since 2007 and has worked for the company since 1998. Pettinelli “has left the company to embark on the next phase of his career,” said a spokesperson.

In 2007, Pettinelli succeeded Hank Edelman as president. Edelman moved up to chairman and still serves in the role.

“Patek Philippe is a rare company that has been able to stay true to its ideals and stay independent for 180 years,” Edelman said in a statement. “Lisa Jones is the right person to lead the company and sustain the quality and innovation that has defined us all these years.”

Jones said in a statement that she “looked forward to continuing to strengthen the company’s culture of innovation.”

“Under Larry’s dedicated leadership, the fact that Patek Philippe in the USA has been a stable, successful company is certainly due, in part, to his diligence and character,” they said.

Pettinelli spoke with JCK in 2014.