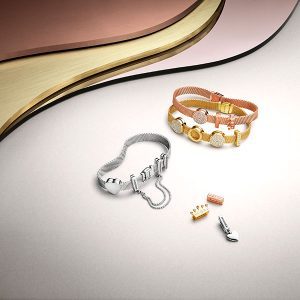 Pandora’s sales fell sharply in the United States and elsewhere during the first quarter of 2019, as the company reduced promotions and experimented with new products.

Pandora also announced plans to close 50 of its concept stores across the world and is opening fewer stores: It opened eight in the first quarter, compared to 39 the year before.

U.S. sales fell 12 percent in dollar terms, in line with the company’s global drop in revenue for the quarter. U.S. comps at its concept stores fell 2 percent, though comps at its eStore rose 20 percent.

The company was happier to talk about the success of some of its recent U.S. initiatives, including a new one with Colombian singer Shakira targeting Hispanic consumers. Pandora plans to start working with other “influencers,” it said.

The company’s first-quarter results were, by its own admission, “weak,” as it pivoted to its Programme Now strategy, which will emphasize marketing and retail partnerships rather than promotions and opening concept stores.

“Pandora is a clear turnaround case,” said Alexander Lacik, the company’s new CEO, on a conference call following the release of its financial results. The call took place on Lacik’s 11th day with the company. “Based on my experience, this transformation will not happen overnight. So we need to stay patient.”

When asked about past brand turnarounds, Lacik said they all start “with understanding where we went wrong with the consumer.

“We are looking at the positioning of Pandora, we are going through proper insights work, we are trying to sharpen who actually we want to target, that all leads into understanding better what kind of products we should be serving them with, what kind of communications will work with them, and, finally, how you merchandise them at the point of sale,” he said.

The brand is in the midst of a relaunch that will include a new brand platform, redesigns for its physical stores and eStores, and the largest marketing investment in its history. Pandora is particularly upping its marketing spend in the United States, it said.

The company has also been cutting staff and will lay off 1,200 people at its manufacturing facility in Thailand. Earlier this year, it laid off 700 people at the same facility.

Globally, comps were down 10 percent in the first quarter, due to lower traffic at its physical stores. Sales of its signature charms fell 17 percent in local currencies. Overall revenue hit 4.8 billion DKK  for the quarter (approximately $720 million).