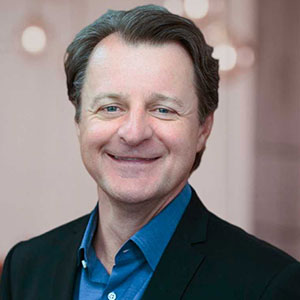 He is the company’s sixth CEO since it went public in 2010.

He replaces chief financial officer Anders Boyer and chief operating officer Jeremy Schwartz, who had been serving as co-CEOs following the resignation of CEO Anders Colding Friis last August. Both men are expected to continue in those positions.

Lacik joins Pandora from Britax, a producer of child safety products, where he has served as CEO since 2017. Prior to that, he was president of the North American division of Reckitt Benckiser, the British conglomerate that oversees a stable of brands including Clearasil, Lysol, and Air Wick. North America is that company’s largest division, generating more than $3.5 billion in revenue annually.

Before that, Lacik spent the first 13 years of his career at Procter & Gamble, working in both marketing and sales positions. (Gina Drosos, the CEO of Signet, a notable Pandora customer, is also veteran of Procter & Gamble.) In 2017, he briefly served as interim CEO for Kasthall Mattor & Golv, a rug company. He has held jobs in five countries and currently lives in his native Sweden

The choice of Lacik seems a sign that Pandora, which is currently without a chief marketing officer, is renewing its consumer focus.

In a statement, board chairman Peder Tuborgh called Lacik “a brilliant marketer and brand architect and has throughout his career shown himself as a great leader and a highly effective executor. His skills and experience will be key to revitalizing the Pandora brand.”

Lacik is just one of a number of new hires at Pandora, which in the last year has brought on board Schwartz, Boyer, and new heads of its North American and China divisions. It recently announced a new strategy that will focus on its signature charms.

Analysts seemed to approve of the move, citing Lacik’s experience with consumer brands.