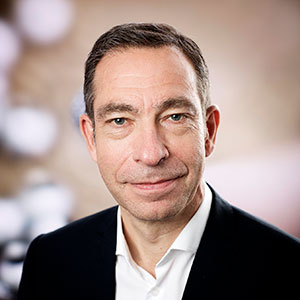 Pandora CEO Anders Colding Friis has resigned, after a cut in the company’s annual guidance caused its stock to plunge more than 20 percent.

This is the fifth time Pandora has changed CEOs since it went public in 2010.

“We have today decided it is time for a new set of eyes on the business,” said chairman Peder Tuborgh on an earnings call following the release of its second-quarter financial results. “[Growth] in the first six months has been disappointing and is one of the reasons for the change.”

Friis (pictured) has served as CEO since 2015, and will remain in charge until Aug. 31.

While the company has not yet announced a successor, following Friis’ departure, former Body Shop CEO Jeremy Schwartz will join the company as chief operating officer. Schwartz and chief financial officer Anders Boyer, a board member who just became CFO last week, will jointly manage the company until a new chief executive is appointed.

On the conference call, Friis admitted that Pandora’s new collections of its signature charms had failed to live up to expectations, which he attributed to a shift in consumer behavior.

“Bracelets continue to be in high demand and are developing well, but we are seeing a gradual shift where consumers prefer a simpler look with fewer charms on the bracelet,” he said. “Where they used to wear six or seven charms on the bracelets, they now wear five…. Simplicity is something that consumers are looking for…. We just have to accept and adapt to a point where we see less charms on a bracelet.”

Pandora’s overall revenue for the quarter rose 4 percent in local currency to DKK 4.81 billion (approximately $746 million). That number was below expectations and sparked the cut in guidance.

Despite what he called a “turbulent” week, Boyer stressed on the call that the company still has a strong brand and global network.

In an interview with Bloomberg, Friis, who ran a cigar company before joining the charm maker, sidestepped a question over whether Pandora was now vulnerable to a takeover.

“The company stands strong,” he said. “Clearly, it gives some uncertainty when you have some change in a position like mine.”

Friis’ departure is just one of a slew of announcements the company made this week. In addition to trimming its guidance, it cut nearly 400 jobs in a restructuring, and picked Fiesta Mart CEO Sid Keswani to head its North American division.