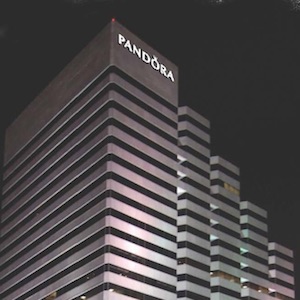 As a result of Pandora’s new strategic reorganization, there will be some layoffs at its Baltimore headquarters, though some new jobs will be added, too, spokesperson Johan Melchior tells JCK.

He declined to comment on how many jobs will be affected.

On Tuesday, the Copenhagen, Denmark–based charm company announced a “strategic reorganization” that will divvy its 100 markets worldwide into 10 “clusters.” The reorganization will eliminate around 160 jobs.

The market clusters will “take over all regional activities to shorten the distance from global concept development to market execution,” says Melchior. “Markets will be directly responsible for sales, media, inventories, and retail employees.”

Sid Keswani, whose title had been president of the Americas—including Latin America—is now head of the North American cluster, which encompasses the United States. He will report to the company’s new chief commercial officer, who is expected to be appointed in the next quarter.

The company’s Latin American activities will be overseen by a new office handling that cluster.

Baltimore will continue to be Pandora’s North American headquarters, he adds. The United States is the company’s largest market.

The reorganization is “about securing future growth,” he says. “It is not a cost-savings exercise. The reorganization will lead to better product innovation, better marketing concepts, and a better retail experience.

“The markets will have more responsibility and more input to the development process. Essentially, the changes will result in a much tighter setup for Pandora.”

Top: A rendering of Pandora’s headquarters in Baltimore (image courtesy of Pandora)