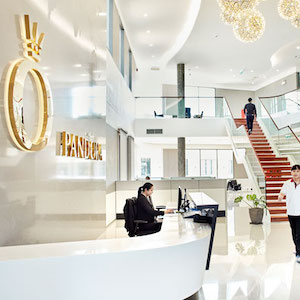 Danish jewelry company Pandora is cutting 180 jobs as it begins a strategic reorganization designed to move the company “closer to consumers.”

At press time, it was unclear if any of those job cuts were in the company’s office in Baltimore. A spokesperson did not return JCK’s request for comment by press time.

The plan calls for Pandora to close its three regional organizations. That means changes for the heads of those organizations, who will all step down from the company’s executive leadership.

Under the reorganization, Pandora’s 100 markets will be grouped into 10 clusters, each headed by a general manager, based in that cluster’s largest market. The North American market will be one of those clusters.

The general manager of each cluster will report to a chief commercial officer, a newly created role. The company wants to fill that position with an external candidate, who will join the company in the next quarter.

“With today’s announcement, we bring our global headquarters closer to our local markets and consumers and ensure that feedback from consumers can more quickly fuel new concept creations,” said Alexander Lacik, the company’s president and chief executive officer, in a statement. “The reorganization will reduce organizational complexity, enable Pandora to execute with more speed and agility, and add critical capabilities required to support growth.”

The reorganization will also establish two global business units. One will have responsibility for its core offerings, including its charms and Moments collections. The other will handle newer product categories and innovations. The units will be accountable for developing product concepts, handling their design, and marketing them across the value chain. That’s a shift from the current setup, which is centered on product launches, it said.

The global business units will report to Carla Liuni, the former Bulgari executive who will join Pandora as chief marketing officer on March 16.

The company also plans to invest further in marketing, digital, merchandising, and business intelligence. It’s also debuting another function called Network and Franchise Management, which will oversee the company’s retail stores and support its franchise owners.

Pandora’s full statement, along with a new organizational chart, can be seen here.