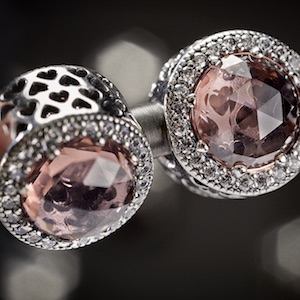 Pandora plans to do a major relaunch of its brand, as it reported another quarter of declining sales.

On a conference call following the release of its financial results, newly appointed CEO Alexander Lacik said that the company is trying to reconnect with its core consumer, with a redesigned logo and greater use of pink as a “market color.”

“All data clearly suggests buying bracelets, as well as collecting, is still in demand,” Lacik said. “The model is not broken. We just did need to deliver better on today’s consumer preferences.”

He added: “There is no quick fix in improving brand relevance. It is something that will improve over time.”

Lacik noted that the brand has inked a deal with actress Millie Bobby Brown—part of an attempt to reach out to a younger audience—and is introducing a new line of 12 Harry Potter–branded charms, which will debut this November.

“There is no doubt this will be a big launch for Pandora and for Harry Potter fans throughout the world,” Lacik said. “[Harry Potter] spans not just the younger audience, but it’s also positively received by our core audience.”

A planned brand relaunch on Aug. 28 in Los Angeles will include Pandora painting the local street and surrounding buildings pink, its now-signature color.

On the call, Lacik noted that “Pandora has been criticized for not collaborating enough with our franchisees, and perhaps rightly so.”

But he said that Pandora has taken a number of steps to rectify this—including meeting with franchisees at the recent JCK Las Vegas show.

Lacik said he “would not read too much” into the recent departures of two longtime executives in its U.S. division.

He also admitted that its numbers for the second quarter of 2019 were “not great,” with comps falling 10%. The one bright spot was a 22% jump in online sales.

But he saw encouraging signs that the increased marketing and other investments, part of its new Programme Now strategy, had begun to pay off.

“I don’t think there is any quick fix to this business,” he said.