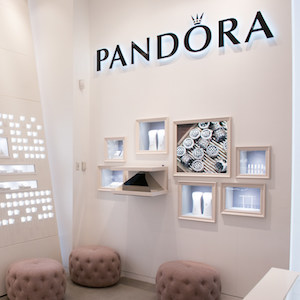 McDonald has been with the company for 17 years. She has generally been considered the number-two person in its U.S. division and has been a frequent company spokesperson. She started as national sales manager and has held a variety of roles at the company, eventually becoming general manger of the U.S. division in 2016, according to her LinkedIn profile.

McDonald “has decided to begin a new chapter in her life,” says Pandora spokesperson Mads Twomey-Madsen.

DePasquale has been with the company since 2013, when he came from Newell Brands.

“We wish them both all the best in their new endeavors,” says Twomey-Madsen. “Sid Keswani, president of Pandora Americas, will be directly leading the U.S. team as we work through this transition. We do not wish to rush the recruitments and will rely on the great team Laurie has built.”

Keswani, a former executive at Target Corp. and chief executive officer of Fiesta Mart, joined Pandora in August 2018 as president of the Americas. He spoke to JCK in February.