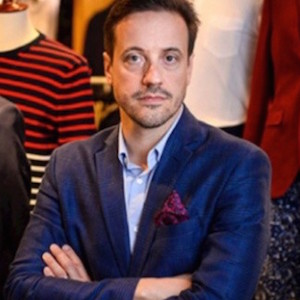 Pandora first disclosed that it was creating the position earlier this month. In his new role, Pessina will be responsible for commercial operations across the charm brand’s 100-plus markets and will work to improve global merchandising, store development, planning, and execution. He will also lead a new function called network and franchise management, overseeing the company’s retailers and franchises globally.

According to Pandora, as head of H&M North America, Pessina “led a remarkable sales and profit turnaround on the fashion retailer’s North American market, which exceeds $4 billion in revenue, has 20,000 employees, and operates more than 700 stores.”

Chief executive officer Alexander Lacik said in a statement that “as part of our turnaround program, we are strengthening the organization and moving Pandora closer to consumers. Martino has an impressive track record in international mass-market fashion retail and will play a very important role in this transformation. He is a natural leader with excellent analytical skills and a deep understanding of shoppers.”

Added Pessina in the same statement, “The company is now on a journey to step-change the relevance and reach of the brand, and that is incredibly exciting for me to be part of.”