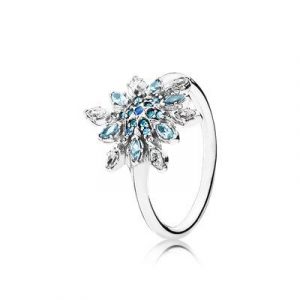 Pandora will cut 397 jobs in an “organizational adjustment” that followed disappointing second-quarter numbers and a slash in its annual guidance.

The largest chunk of the cuts—218—will be at its factories in Bangkok and Lamphun, Thailand. The company, based in Copehnhagen, Denmark, currently claims 27,000 employees worldwide. Director of external affairs Johan Melchior says that there will be less than ten layoffs in the United States, out of a total 2,300-person headcount.

The cuts stem as Pandora is making the following changes:

– It is shifting resources to digital and e-commerce

– It is strengthening cooperation between sales, marketing, and merchandising

In a statement, CEO Anders Colding Friis said that Pandora had doubled in size in the last three years. The new structural changes will reduce complexity, free up resources, and protect profitability, he said.

“Sadly, the changes mean that good employees will lose their jobs, and we are supporting them in the best possible way,” Friis added.

The changes are expected to reduce annual costs by about DKK 150 million (approximately $23.3 million).

Yesterday, the company announced it was lowering its annual guidance. It now expects fiscal 2018 revenue to rise 4 to 7 percent, down from its previously announced 7 to 10 percent. The downward shift stems in part from a below-expectations second-quarter revenue report. Sales rose 4 percent to DKK 4.8 billion in the period.

Lately, the company has struggled with a variety of a challenges, including the prevalence of gray-market goods in China, which caused it to lower prices on its Chinese assortment by an average of 15 percent.

Sales in the United States, its largest market, have stumbled, falling 8 percent in the first quarter. Yesterday, the company announced that it had hired Sid Keswani, CEO of Texas grocer Fiesta Mart, to head its North American operations.

This story has been updated to reflect the number of layoffs in the United States.