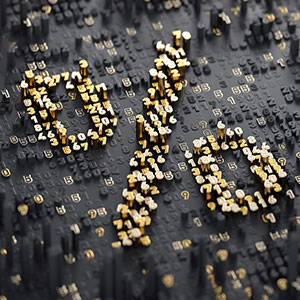 After years of legislation that came close but went nowhere, this week the U.S. Supreme Court dropped the big one: In a 5-4 decision, the court ruled in Wayfair v. South Dakota that states can require “remote sellers”—for the most part, e-tailers—collect sales tax.

The retail world is still coming to terms with what that means. According to the U.S. Government Accountability Office, states already have the ability to collect as much as 75 to 80 percent of the online sales taxes they are owed. But that uncollected amount is still huge—in the billions annually.

Aside from South Dakota, whose law was at issue here, most of the 31 states that currently have online sales tax legislation collect it from companies only with an in-state physical presence. That’s in deference to Quill, the 1992 court decision that Wayfair overturns. This ruling eliminates the physical-presence requirement, but in most cases it’s quite possible new legislation may be required to meet the new reality. State officials told Bloomberg they are still reviewing their current legislation to see if it aligns with South Dakota’s.

Given the messiness here, most sales tax fairness advocates still hope for a federal solution like a Congressional bill. Yet, it is clearly not easy getting anything passed in our current dysfunctional Congress.

Many jewelers were happy with the news; one even proclaimed it “Blue Nile Liberation Day” on an industry message board. Obviously, with a high-value item like jewelry, sales tax could play more of a role in purchase decisions than it would with, say, a book.

Blue Nile, which did not respond to a request for comment, has given mixed signals about what a sales tax would mean for it over the years. In a 10-K filed in 2012, it warned that having to charge sales tax could “discourage customers from purchasing products from us, decrease our competitive advantage.” Yet company chair—and former CEO—Harvey Kanter told me three years later that “we offer consumers incredible value. The only difference is, if sales tax passes, we will collect sales tax. We collect sales tax today in Washington and New York, and those are two of our strongest markets by far.” In 2016 it agreed to charge sales tax in Virginia so it could set up a webroom in Tysons Corner.

By contrast, smaller online companies treated the news as almost a death sentence, noting the burden that they will now have to shoulder collecting sales tax from 9,000 jurisdictions throughout the United States, all with different tax regimes. (In one example cited by dissenter Chief Justice John Roberts, Texas has different taxes on deodorant and deodorant with antiperspirant.) There is software that handles this, but it generally costs money. Amazon provides it to sellers (but charges), and as part of its legislation, South Dakota gave it away for free. Still, many small e-tailers are bracing for what they fear will be a huge bureaucratic headaches, even though most states will likely exempt smaller merchants. For instance, South Dakota’s law applied only to companies with either $100,000 in annual sales to in-state residents or more than 200 in-state sales.

The Wayfair decision is huge news in the retail world, though analysts differed in how much it may change the current competitive climate for brick-and-mortar sellers. Consumers are attracted to online shopping for a variety of reasons that go beyond sales tax—including convenience, selection, the ability to comparison shop, etc.

Even with this decision, brick-and-mortar retailers will still have to battle it out with online retailers. The only difference is the fight will be a little fairer from now on.