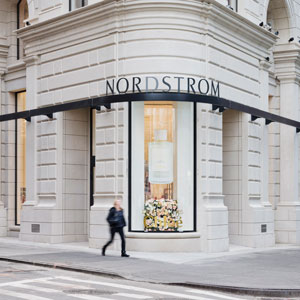 Of course, the second quarter of 2020 brutalized the U.S. retail industry as a whole: The three-month period was marked by long-term store closures due to the COVID-19 pandemic. U.S. retail sales fell 16.4% in April, a plummet that set a new record for the largest monthly drop ever in the United States.

Nordstrom’s stores were shuttered for roughly 50% of the quarter, which explains the bulk of its losses during the three-month period (though the softness of apparel sales, as consumers confined themselves to their homes, also hurt the retailer).

Nordstrom president Pete Nordstrom said in the same statement, “We’re confident that we can improve sales trends in the second half of the year and beyond. Our inventories are current and in-line, and we’re focused on amplifying relevant categories, brands, and trends to meet customers’ changing preferences.”

The company has historically been one of the more durable department store players. And in a year that’s seen department stores including Neiman Marcus, Lord & Taylor, and J.C. Penney file for bankruptcy, the bar for resilience has been significantly lowered.

Nevertheless, Nordstrom has been forced to make some risky moves recently to maintain its solvency, including leveraging $600 million in real estate investments and a plan to close 16 of its lowest-performing full-price stores by the end of this year.