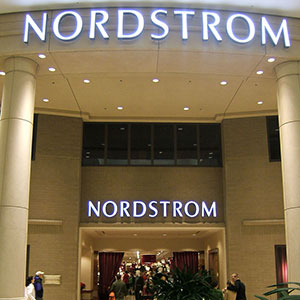 Nordstrom’s board has flatly rejected an $8.4 billion bid from its namesake family to take the department store chain private.

“The price proposed is inadequate,” said a statement from the special committee of Nordstrom’s board of directors, which was set up specifically to evaluate the going-private bid. “Unless the [family-led group] can promptly and substantially improve the price it is proposing to pay for the company, the Special Committee intends to terminate discussions.”

The move puts the company’s board at odds with not only the retailer’s founding family but also with many of its current executives. Included in the group are copresidents Blake W. Nordstrom, Peter E. Nordstrom, and Erik B. Nordstrom, as well as president of stores James F. Nordstrom Jr.

The family consortium submitted an offer to buy all outstanding shares of common stock of the share for $50 in cash. The group already owns approximately 31 percent of the company’s shares.

The $50-a-share price represents a premium of 24 percent over the retailer’s June 7 share price, right before the family group announced that it wanted to take the department store private. That is, however, less than the Seattle-based company’s current stock price, which was $52 on March 5.

A letter accompanying the family’s proposal, submitted to the Securities and Exchange Commission, said that the group felt the department store chain would do better outside the glare of the public markets.

“A transaction would ensure that the company has the flexibility to successfully navigate a challenging retail landscape,” it said, “at a critical time when the public market for retail stocks is highly volatile and increasingly focused on short-term results and risks.”

The proposed transaction would be financed in part by the family’s stock holdings and in part by Leonard Green & Partners, the private equity firm.