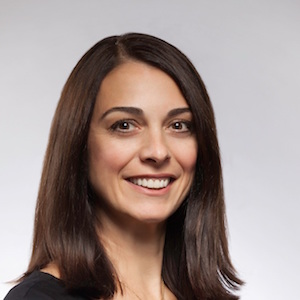 Lana Todorovich (pictured), a veteran of Ralph Lauren and other fashion companies, has been appointed the president and chief merchandising officer of Neiman Marcus Group.

Prior to joining Neiman Marcus, Todorovich was president of North America Wholesale at Ralph Lauren. Van Raemdonck also previously worked at Ralph Lauren, having served as its global president for Europe, Middle East, and Africa.

Todorovich has also served as president of Women’s Apparel Group at Global Brands Group and president at Perry Ellis International.

A statement said Todorovich will be a “key leader in Neiman Marcus Group’s transformation strategy,” as it moves “to a more customer-centric organization by creating a new and engaging luxury retail experience for the global customer.”

That’s not the only movement in the 43-store retailer’s executive suite.

Adam Orvos, who had been serving as chief financial officer, chief operating officer, and executive vice president, recently stepped down after less than 18 months with Neiman Marcus, according to Bloomberg. He will pursue another position, the news agency said. Orvos joined as CFO in February 2018 and took on the addition titles later that year.

Van Raemdonck has made a number of executive changes since taking over the Dallas-based company  in January 2018. Last June, he appointed Darcy Penick, a former executive at Amazon.com, as head of Neiman-owned department store Bergdorf Goodman. Then in October, he appointed Melissa Lowenkron as Neiman’s general merchandise manager of accessories, including designer jewelry, precious jewels, ladies’ shoes, and handbags.

Neiman had made tentative plans to go public in 2015, but opted against it two years later. In June, it announced it would stop filing reports with the Securities and Exchange Commission.