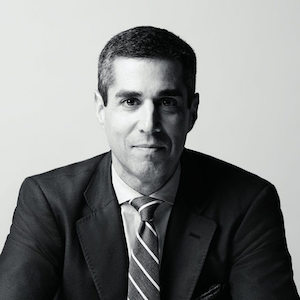 James “Jim” Gold (pictured), Neiman Marcus’ president and chief merchandising officer and a 28-year veteran of the company, left the retailer on Jan. 25, the Dallas-based company announced in an 8-K filed with the Securities and Exchange Commission (SEC).

No reason was given for his departure, nor was a replacement announced at press time.

Gold, who has an MBA from Harvard Business School, worked at Neiman since 1991, serving in a variety of roles, including general merchandising manager for men’s, cosmetics, and designer sportswear. In 2004, he was named president and CEO of Neiman subsidiary Bergdorf Goodman, and then in 2010, he was named president, specialty retail.

“It has been the greatest privilege to work alongside extraordinary associates, learn from inspiring leaders, and partner with the world’s greatest brands,” Gold said in a quote printed in The Dallas Morning News. “It has been an absolute honor to be a part of Neiman Marcus’ wonderful legacy.

“Through the years, I’ve done my best to carry forward the customer service and merchandising values that were set in place by [founder] Stanley Marcus,” he added, according to the newspaper. “Along the way, I grew to love Neiman Marcus Group, its people, and our brand partners,”

His separation agreement calls for him to be paid $1.12 million in three installments, along with a possible $1 million bonus depending on Neiman’s performance, according to the SEC filing.

In January 2018, the company named Geoffroy van Raemdonck as its new CEO, taking over from longtime company veteran Karen Katz. Van Raemdonck has made a number of changes in the retailer’s upper ranks, including naming Melissa Lowenkron as its general merchandise manager of accessories last October and appointing Adam Orvos as its chief financial officer and chief operating officer last year. In June, it named Darcy Penick president of Bergdorf Goodman.