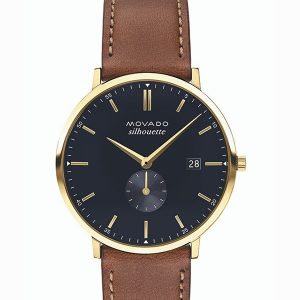 The watchmaker made the announcement in an 8-K it filed with the Securities and Exchange Commission. It said the move stemmed from “the ongoing economic challenges resulting from the COVID-19 pandemic and its impact on the company’s business.”

The filing hinted at layoffs but did not specify how many jobs were being shed. The overall restructuring will cost between $9 million and $12 million—with approximately $8.5 million–$12 million of that going to employee severance and benefit costs, as well as stock-based compensation charges for separated individuals.

The restructuring is expected to be completed by the second quarter of its current fiscal year.

The moves become barely a month after the company announced “organizational changes to accelerate the company’s digital transformation, speed decision making, and position the company to better meet consumers’ preferences.”

As a result, Behzad Soltani, who had been president, direct to consumer and chief digital officer, was promoted to executive vice president, commercial president and chief technology officer. He first joined the company in 2018.

As part of the reorganization, Efraim Grinberg, chairman and chief executive officer of the Paramus, N.J.–based company, will increase his day-to-day focus on the company’s licensed and owned brands, with brand leadership for MVMT, Olivia Burton, and Movado reporting directly to him. Movado acquired MVMT in 2018.

“This new management structure will support the unification of our distribution channels in our ongoing focus on putting consumers first and allowing them to connect with our great brands, designs and platforms wherever and whenever they choose to shop,” said Grinberg in a statement.